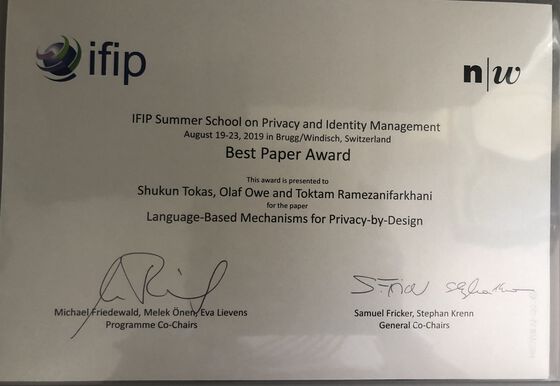 Best Paper at the IFIP summer school on privacy and identity management, 2019

The paper "Language-based mechanisms for Security-by-Design'' by Shukun Tokas, Olaf Owe, and Toktam Ramenzanifarkhani got the award for the "Best Paper" of the IFIP IFIP Summer School on Privacy and Identity Management.

Christos Dimitrakakis talks about the challenge of identity protection.

One good start in this topic is through the Drools engine (which is part of a large family of RedHat JBoss components). Already an XACML engine exists as a JBoss component called PicketBox, but this handles only XACML 2.0. Can you extend it to the current 3.0 version?

You may be spending time in the Tellu company, which has Drools at the core of their products and are interested in access control.

See project link. Ask for discussions with one of the supervisors, for more information or variations of the project. See also general concerns. 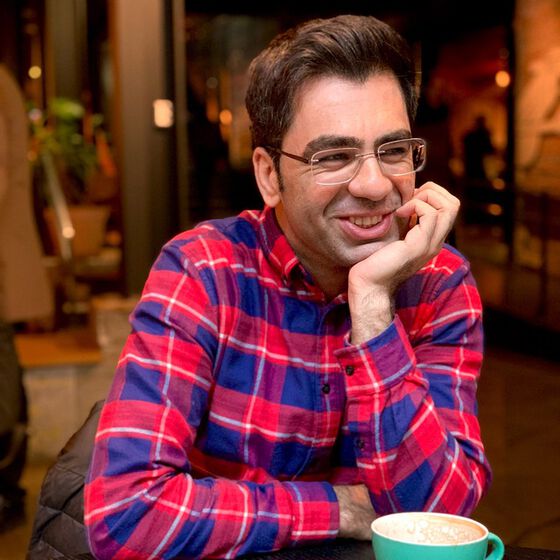 This topic is related to the IoTSec Project. Future Homes will have one or several gateways to information on the Internet. Norway will introduce Smart Meters by 2019, giving the opportunity to develop new services on top of this infrastructure. Current regulations suggest a reading of power values 1/hour, or in maximum every 15 min. Given a high-frequency reading of power consumption (1/s, 1/2s, 1/min) might give an opportunity to introduce new services. One of such services is the virtual fall sensor, establishing a probability of an abnormal situation with the readings from e.g. power consumption. Such an analysis, comparing the habits/profile of the user with the actual consumption, is suggested to be performed in the home of the user, and thus preserve privacy.

Future Homes will have one or several gateways to information on the Internet. Norway will introduce Smart Meters by 2018, giving the opportunity to develop new services on top of this infrastructure. The envisaged modeling of the Smart Home Infrastructure will be based on the planned infrastructure for Smart Meters, and extended towards future capabilities. Main focus is on security and privacy for the user.

See project link. Ask for discussions with one of the supervisors, for more information or variations of the project.