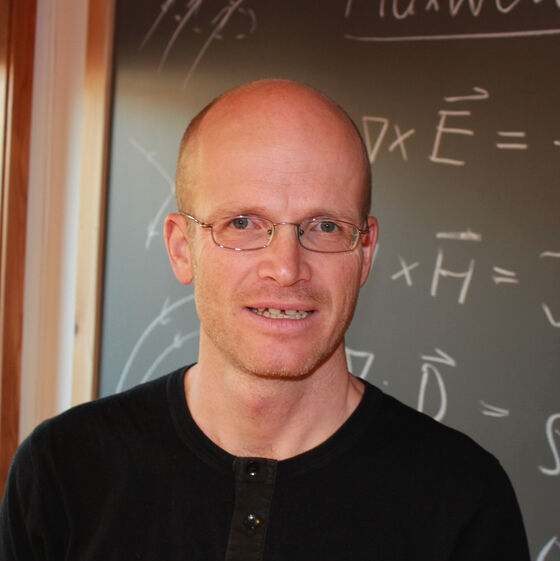 - research on pupils' learning processes and motivation in physics

- research on how the collaboration develops competence in the involved practitioner groups: teacher students, teachers and researchers

New and interesting quantum phenomena can occur when particles are confined to one or two dimensions. This can happen in anisotropic materials, cold atomic gases and in microelectronic devices.

Especially interesting are phenomena where the "standard" theory of electron behavior breaks down because of large quantum fluctuations or interactions.  Recently it has been suggested that topology can play a role in the description of the ground state and excitations in such systems. These are exciting possibilities which will be pursued in parts of this project.

The discovery of unconventional states of materials has often come as surprises, and probably there are more to come. The intention of this project is to extend the understanding of interacting particles in low dimensional systems in order to predict and to increase the usefulness of recent and future discoveries. A solid physical understanding of the underlying physics is an important prerequisite for future technological applications based on such discoveries.

Often information about the same entities (people, towns, songs, etc) is represented in different databases.  These might be within one corporation or spread over the Web.  In many cases, it is different to link this information, due to the lack of common identifiers across data sets.

In this thesis, you will investigate automated, heuristic methods for linking datasets, and infrastructure to extract information from a multitude of sources linked in this way.