Fredagskollokvium: Attacking the zoo - unifying models for the dynamics of the Sun's chromosphere 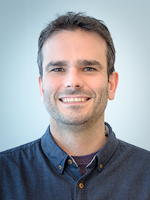 In the age of mature semi-empirical inversion techniques, hard to capture line-formation effects at play in the Sun can now be consistently reproduced revealing what previously seemed to be very distinct features to be part of the same dynamical phenomenon.
I briefly review the history of modelling of sunspots, with focus on the chromosphere of the umbra and penumbra. Such regions present highly dynamic small-scale features that, until now, were poorly understood and studied separately. In the umbra alone umbral flashes, short-dynamic fibrils, spikes, umbral microjets, small-scale umbral brightenings, and dark stable structures can all be seen evolving and presenting  very distinct properties depending on the spectral line in which they are observed. Time and spectral evolution of these features together with semi-empirical models produced using the non-LTE inversion code NICOLE on Ca II 8542 Swedish 1-m Solar Telescope (SST) observations, produce a cross-validating and consistent picture that merges all the above features into one. Radiative transfer effects are found to be present that also provide insight into spicules, a feature present in lower activity regions of the Sun. Both CHROMIS, the new Fabry-Pérot instrument at the SST, and IRIS space-based observations provide us with further insights into both such sunspot and spicule modelling results.

Umbral flashes! A mesmerising phenomenon occurring in the darkest areas of sunspots: the umbra. In the era of high resolution observations an array of dynamic phenomena and fine structure was recently revealed by these brightenings as they dance through the spot and by observations at multiple wavelengths. These include umbral microjets, small-scale umbral brightenings, short dynamic fibrils, and dark stable fibrils. The latter can be seen in this Ca II H image taken at the Swedish 1-m Solar Telescope (SST) as dark filaments revealed by the flash as if it were a flashlight. State-of-the-art observations at the SST, including validating evidence from the IRIS space observatory, and advanced diagnostic techniques have allowed scientists at RoCS to be able to take insight into sunspots form both flashes and their fine structure as well as understand all their fine structure dynamics with a single simple, unifying, model. Credits: Vasco Henriques.