When I think back on all the good parts of being a child, few things beat the sensation of sitting on my parents' shoulders. The empowering moment when they lifted me above their heads for me to loom over everyone else. Reaching for my neighbors' apples and being small enough that it was considered charming instead of theft. Those were the days.

It was therefore a somber moment once I, after an appropriate period of denial, was forced to accept that I had grown too big for shoulders to be a viable mode of transportation. However, all this growing up also came with the realization that my parents at some point must have been small enough to sit on my grandparents' shoulders, who perhaps sat on my great grandparents' shoulders and so on. Each generation lifted up by the previous to see further.

This idea has often been extended beyond family. Almost three and a half centuries ago for instance, Isaac Newton wrote in a letter* to Robert Hooke,

If I have seen further it is by standing on the shoulders of Giants.

referring to the great scientists before him, whose discoveries became the foundation of his own. It is something particularly cool about a guy like Newton acknowledging the necessity of continuous collaboration. A single genius does not hurt, but at the end of the day, it only takes us so far.

*While this remains the most well known example of it, I should mention that it is not the origin of the metaphor. I was trying hard (and with little success) to avoid rabbit holes, so I did not look (too much) into the history of it. The names of Bernard of Chartres and John of Salisbury get thrown around a lot though.

Regardless of its origin, the idea of humanity gradually accumulating knowledge, reaching further and further into the sky, is a nice one.

It fits with this feeling I sometimes have, that the world is a little like an elaborate escape room, were we only win by figuring out what the heck is going on. Perhaps the most appealing part of it all is not the game itself, but instead the fact that we are playing it together. 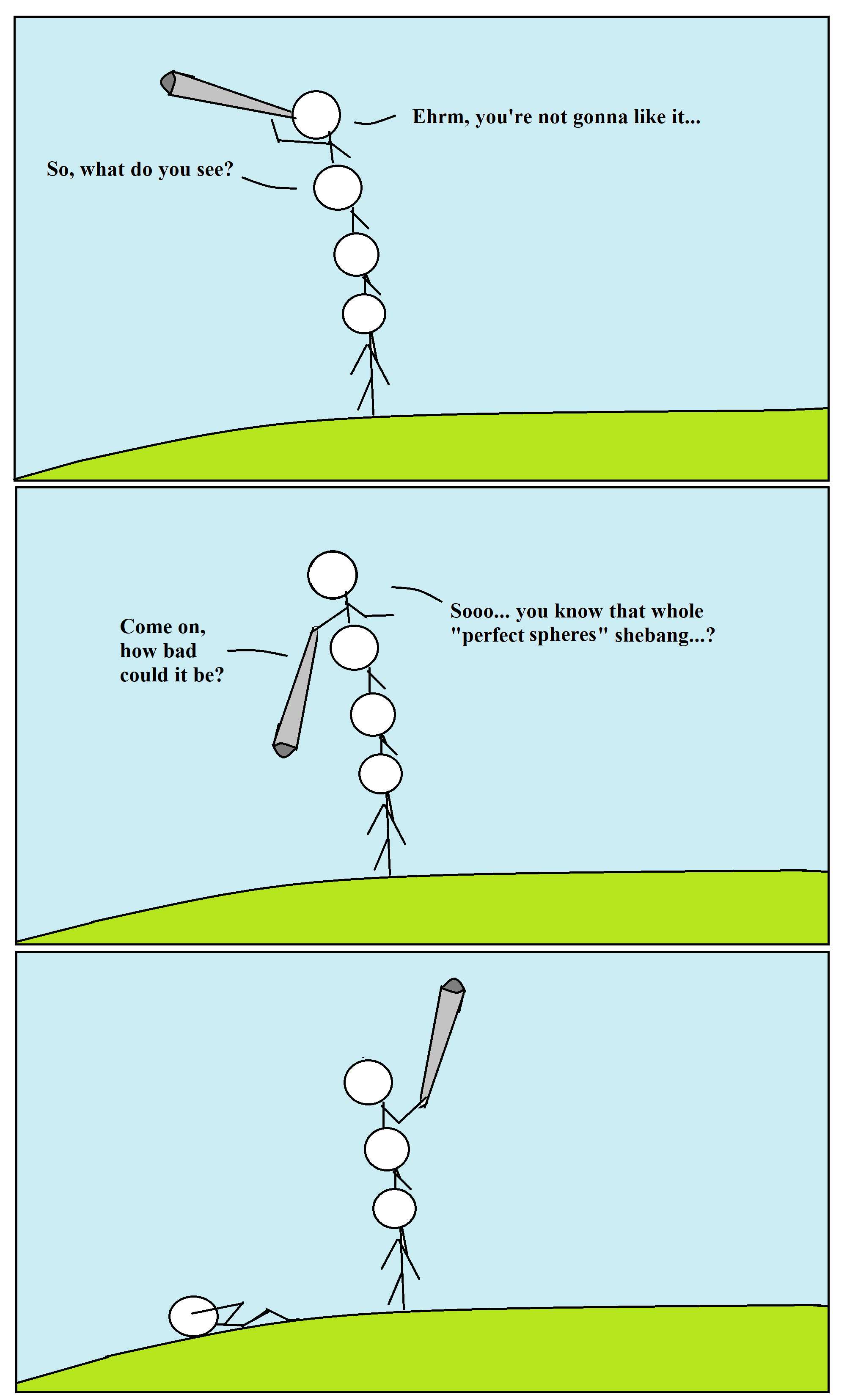 Now, before we all overdose on wholesomeness, let me just acknowledge that scientific progress is not some zen-like endeavor, void of all irrationality and pride. No no, we made room for that stuff too.

All unfortunate history considered, it has worked remarkably well for us. Science, that is. The tower of giants is growing ever taller for new generations to ascend.

I guess this stuff should get easier the more I do it though.

Besides, I have realized that you can get away with being a little clueless when you are a master's student. People do really not expect too much from you. It is like a superpower.

Recently however, I have started to suspect that this superpower has a limit.

They call it "a thesis".

It will be strange going from only ever learning and using the results of others, to then suddenly be expected to produce my own results. 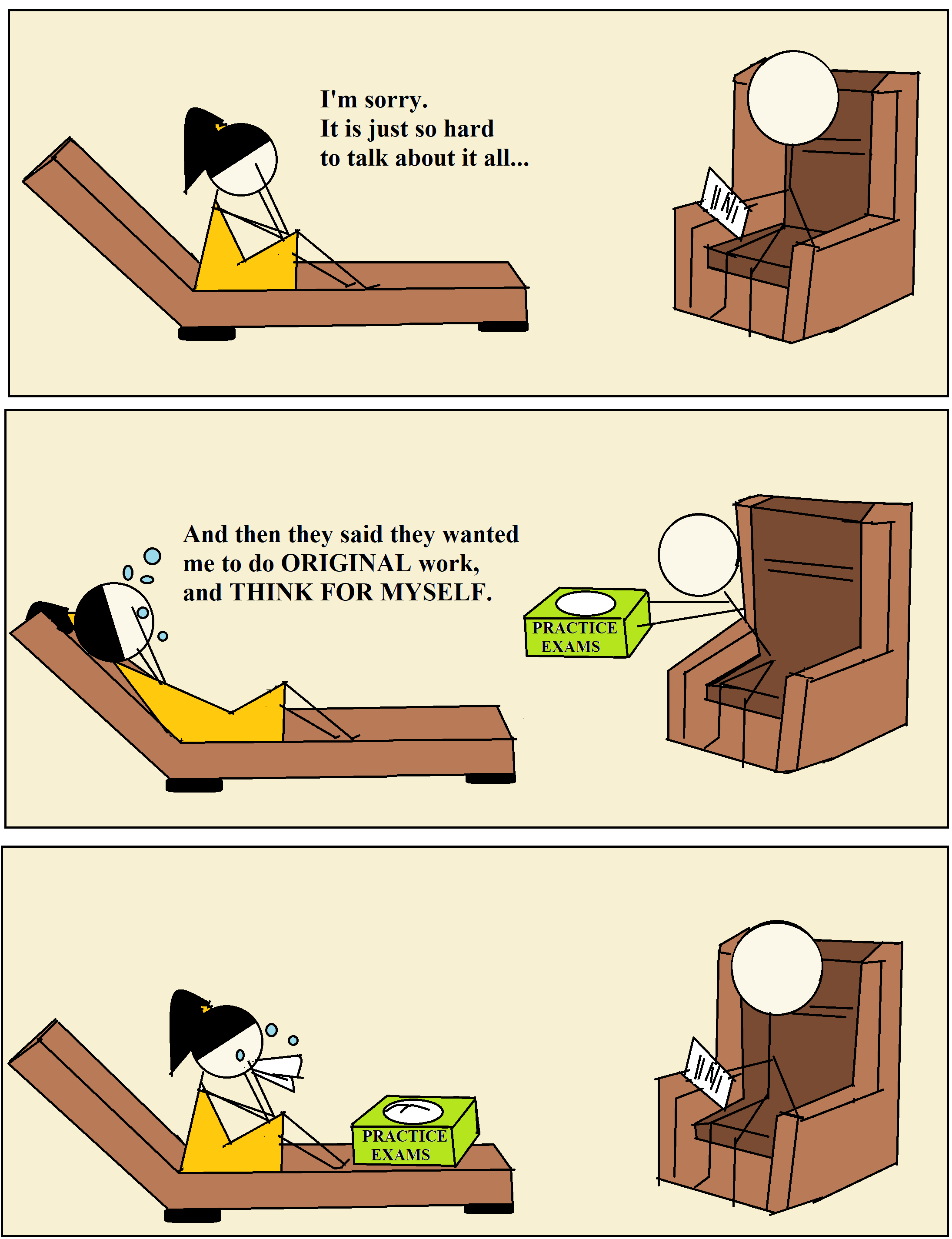 So as you see, it is really hard being me. 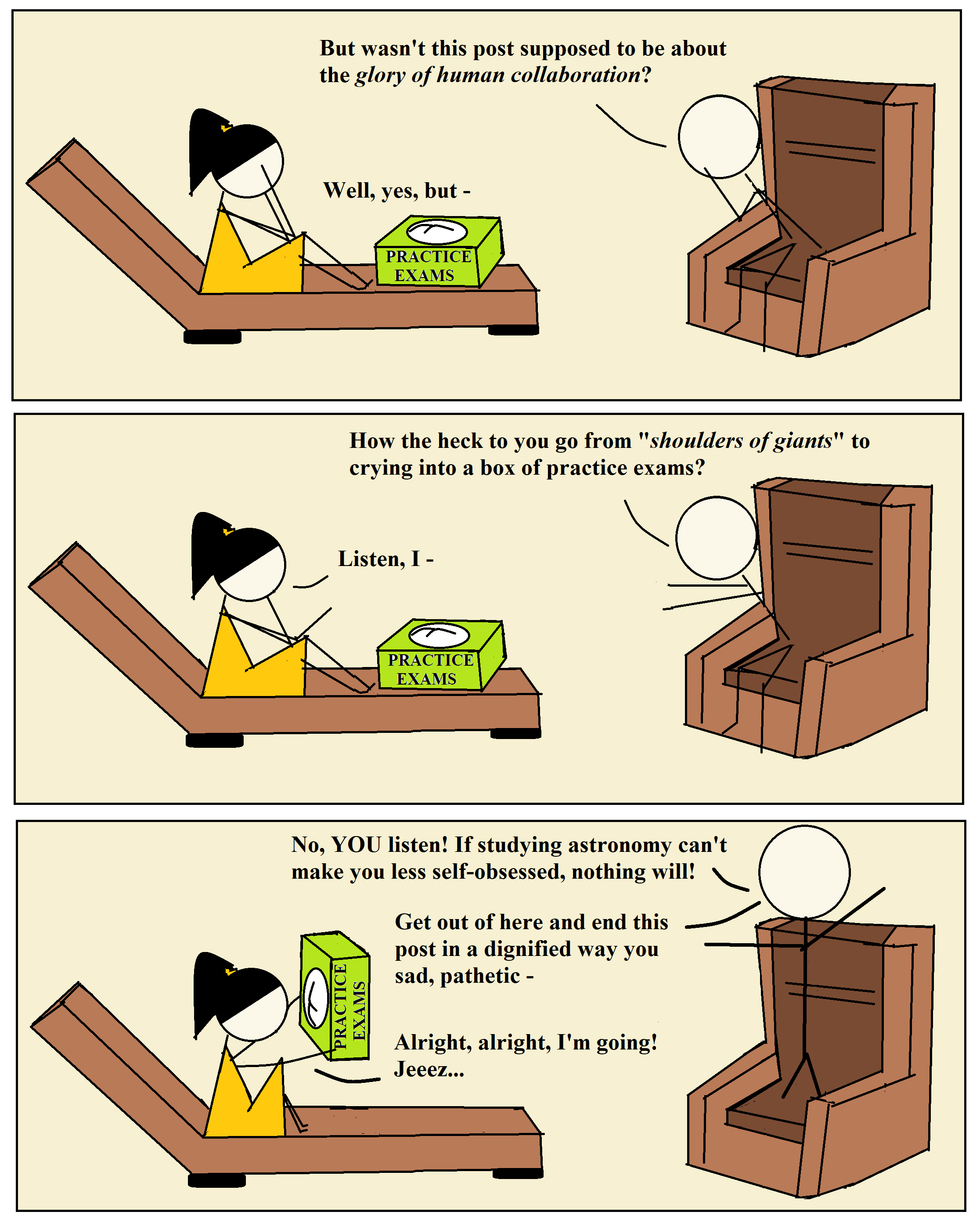 Right, so whether it is my parents** or centuries worth of scientists lifting me, sometimes it is nice to stop what I am doing and appreciate everything that had to happen for me to be in a certain situation. Getting to do a master's degree in the first place is pretty cool. Even if I never go from being the person lifted to doing the lifting. The tower keeps growing either way. Luckily, there is no shortage of skilled and motivated people around the world, breaking down the subtle codes of the escape room, one by one.

**I may have got a bit carried away with this whole shoulder thing. At one point, I decided to call my parents for some childhood reminiscing. They did not relate to the nostalgia I was feeling.