As a budding astrophysicist with a self-admitted tendency towards introspection, I often find myself reflecting on the steps I’ve taken to get to this spot in my career, the challenges I’ve faced, and how reality differs so spectacularly from expectation.

In short, and to put it colloquially, life is nonlinear AF. 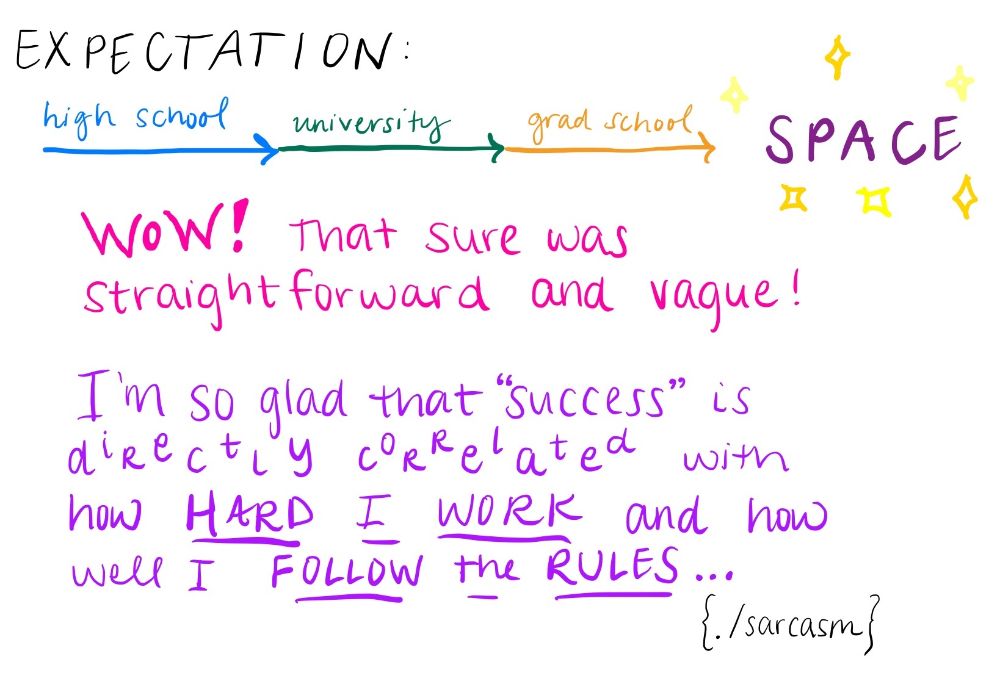 Regardless of where you are in your journey, it’s likely that you’ve run into a bump in the road or two. And those bumps, large or small, were things that had to be overcome. So logically, the thing to do when you hit those bumps is to keep moving forward -- but what happens when brute-force (or some classical version of quantum tunneling) just won’t cut it anymore?

While I have a wild and dynamic life, I too have run into a few obstacles such as chronic illness, brief homelessness, immigration difficulties, and financial struggles -- all things that could have derailed my career, and all things that I was unable to survive by simply “working harder” or “wanting it more” or whatever cliche seems appropriate here. 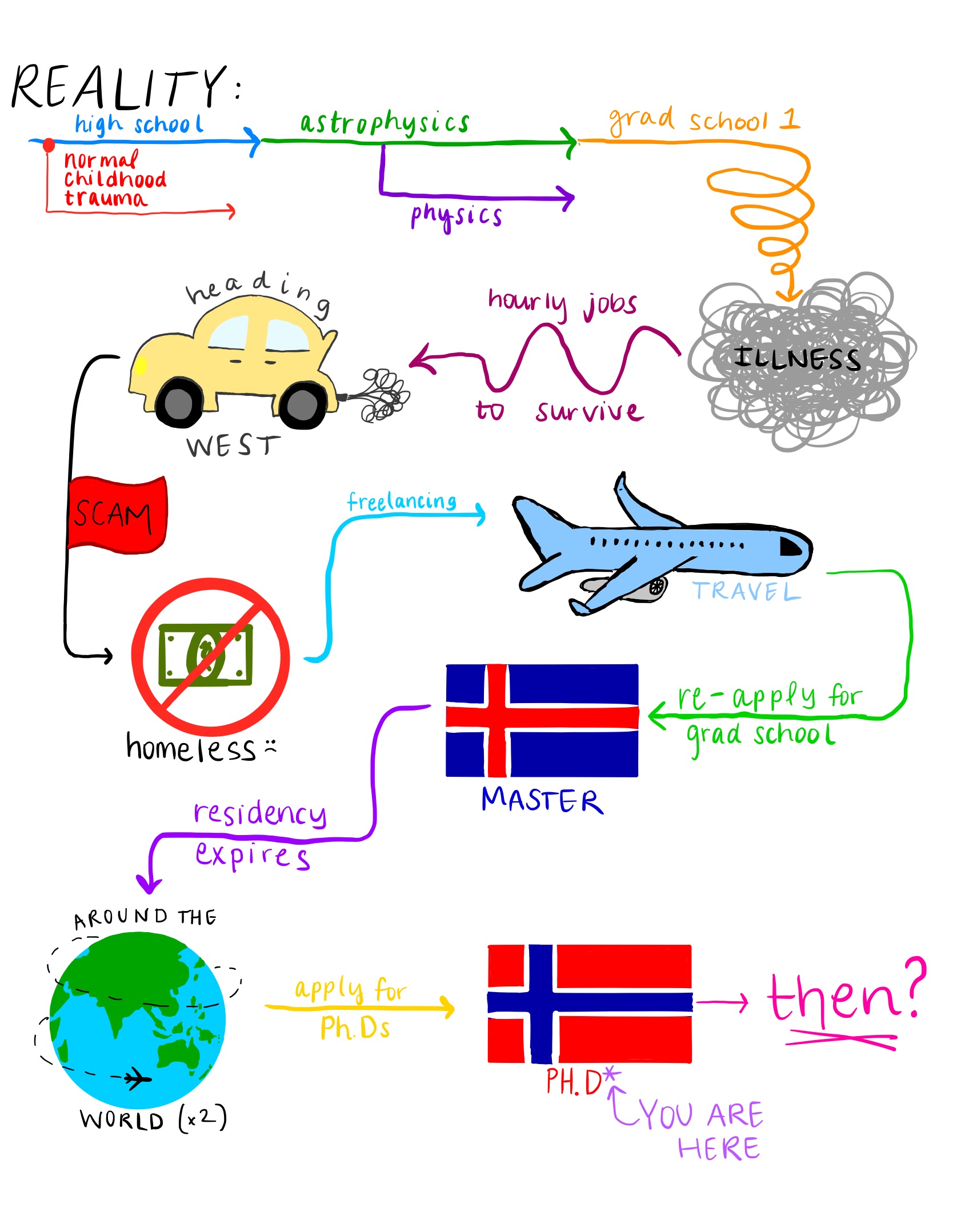 It’s important to know this in general, but I think it’s especially important to understand that your academic journey, whether nonlinear or perfectly textbook, is valid and allowed. Because more often than not, you’ll face something that seems like it came out of absolutely nowhere, something that perhaps feels like the end of everything -- and it could be, unless you find a way to look at the problem from a new perspective, or simply walk around it rather than trying to barrel through it.

Perspective, I think, is the most powerful neurotoxin and the ability to change mine is why I’m still in academia. If you can’t hack it, try another approach. If you’re still getting nowhere, try another direction. That direction isn’t necessarily a dead end; for me, it’s mostly just been a bunch of detours that still ended up exactly here, regardless of what I had feared on the way. I even picked up a Masters in geophysics before coming back to astrophysics, and it’s clear now that the skills I learned then were so important and so transferable to what I do now.

Don’t fear detours. Nothing is useless if you can learn something from it. Nothing.

And if you can replace panic with productivity, you can handle just about anything. Trust me.