Beyond the crust: the role of the mantle in plate tectonic processes 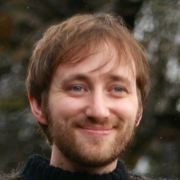 In this talk, we will be taking a numerical-modelling journey from the crust to the core. I will look at how the mantle may influence a variety of plate tectonic processes, from crustal-scale deformation to the development of deep-origin large igneous provinces. In the main part of the talk, new numerical models of lithosphere deformation will be presented. In the view of the conventional theory of plate tectonics (e.g., the Wilson Cycle), crustal inheritance is often considered important in tectonic evolution. However, the role of the mantle lithosphere is usually overlooked due to its difficulty to image and uncertainty in rheological makeup. Increased resolution in lithosphere imaging has shown potential scarring in continental mantle lithosphere to be ubiquitous, which has complicated our knowledge of the interaction between the lithospheric layers over long timescales. Recent studies have interpreted mantle lithosphere heterogeneities to be pre-existing structures, and as such linked to the Wilson Cycle and inheritance. Here, I analyse intraplate deformation driven by mantle lithosphere heterogeneities from ancient Wilson Cycle processes and compare this to crustal inheritance deformation in 2D and 3D simulations. The latter part of the journey below the crust focusses on the lower mantle. I will briefly present global thermo-chemical mantle convection simulations showing the interaction between large low shear velocity provinces and ancient subduction to generate large igneous provinces, discussing the importance of plate motion history in the development of deep plumes. All new simulations in this talk use the numerical code ASPECT.