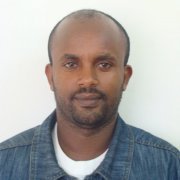 I have started my PhD at CEES, Oslo University in 2014 on the behavioral ecology of the African wolf (Canis lupaster). African wolf was discovered in 2011 at two localities of the Ethiopian Highlands (Rueness et al., 2011). Formerly, this species was confused with the golden jackals Canis aureus. The genetic data revealed the Egyptian golden jackal (Canis aureus lupaster) which was once believed to be endemic to Egypt is identical with African wolf species discovered in Ethiopia,  both belong to the grey wolf species complex, together with the Holarctic wolf, the Indian wolf, and the Himalayan wolf. So far, no behavioral ecology study was carried out on confirmed African wolf individuals even if some of the previously studied of golden jackal could be rather African wolf species. With this study, I aimed to study the behavioral ecology of the African wolf based on 14 VHF collared individuals in two Ethiopian Highlands ( Guassa Community Conservation Area andBorena Saynt National Park) of Ethiopia. To this data, the distinction between the golden jackal and the African wolf remains vague. For my study, blood samples will be taken and species identification will be carried out for each collared animal from the DNA sequencing. My study will focus on potential exploitative and interference competition, foraging ecology, home range and habitat use, and human-carnivore conflict.