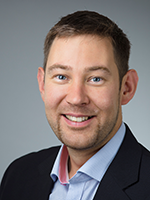 I just started working on Nils Chr. Stenseth’s project on reconciling micro- and macroevolution, which is also my main research interest. In particular, I have been interested in theories like “punctuated equilibrium” that suggest that evolution is concentrated in speciation events. These theories were based on observations from fossil records, but caused intense debate as they were considered to downplay natural selection acting over time in established species. Since I was a PhD student (in Oulu, Finland) I have developed phylogenetic analyses that distinguish rapid evolution during speciation from gradual evolution over time in established species. The advantage of such methods is that they can detect “punctuated equilibria” using only present-day, biological species, and hence that they can be applied to traits such as gene expression that cannot be obtained from fossils, but that can provide valuable information about the mechanisms of rapid change during speciation. In my lab at the university of Umeå, Sweden, we used Arabidopsis to generated the expression data needed for this type of analysis. Of course my research interest isn’t limited to punctuated equilibria: I have also worked on a.o. metabolic scaling and some macro-ecological questions.