Ecological interactions and their effects on the evolutionary outcome of hybridization

Time and place: Ecological interactions and their effects on the evolutionary outcome of hybridization Dec. 4, 2014 12:00 PM–1:00 PM, The aquarium, room 3302 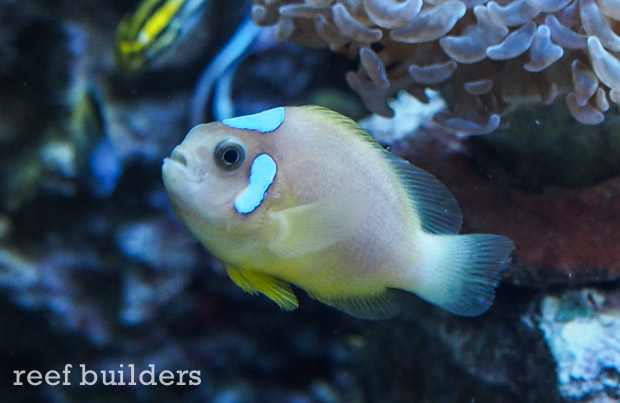 The white cap clownfish Amphiprion leucokranos is a first generation hybrid cross between the orange skunk clownfish, A. sandaracinos, and the bluestripe clownfish, A. chrysopterus.

Hybridization is an important evolutionary process, with ecological and behavioural factors influencing gene exchange between hybrids and parent species. Patterns of hybridization in anemonefishes may result from living in highly specialized habitats and breeding status regulated by size-based hierarchal social groups. Here morphological, ecological and genetic analyses in Kimbe Bay, Papua New Guinea examine the hybrid status of Amphiprion leucokranos, a nominal species and presumed hybrid between Amphiprion sandaracinos and Amphiprion chrysopterus. We test the hypothesis that habitat use and relative size differences of the parent species and hybrids determine patterns of gene exchange. There is strong evidence that A. leucokranos is a hybrid of smaller A. sandaracinos and larger A. chrysopterus, where A. chrysopterus is exclusively the mother to each hybrid, based on mtDNA cytochrome b and multiple nDNA microsatellite loci. Overlap in habitat, depth and host anemone use was found, with hybrids intermediate to parents and co-habitation in over 25% of anemones sampled. Hybrids, intermediate in body size, colour and pattern, were classified 55% of the time as morphologically first generation hybrids relative to parents, whereas 45% of hybrids were more A. sandaracinos-like, suggesting back-crossing. Unidirectional introgression of A. chrysopterus mtDNA into A. sandaracinos via hybrid backcrosses was found, with larger female hybrids and small male A. sandaracinos mating. Potential nDNA introgression was also evident through distinct intermediate hybrid genotypes penetrating both parent species. Findings support the hypothesis that anemonefish hierarchical behaviour, habitat use, and species-specific size differences determine how hybrids form and the evolutionary consequences of hybridization.