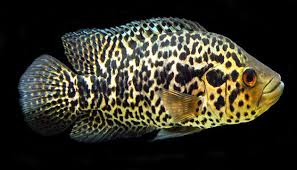 Comparative genomic studies of closely related species typically focus on single species pairs at one given stage of divergence. That makes it difficult to infer the continuum of evolutionary process during speciation and beyond. Here, we use whole-genome resequencing to examine genomic patterns of divergence in three sympatric cichlid species pairs with very similar functional and ecological differentiation, but different ages. We find a strong signature of increasing genomic divergence with time in both the mitochondrial genome and the nuclear genome. In contrast to many other systems, we find that in these cichlids, regions of elevated relative differentiation also exhibit increased absolute differentiation. We detect a signature of convergent evolution in a comparison of outlier regions across all three species pair comparisons, but the extent of it is modest, and regions that are strongly divergent in any one pair tend to be only slightly elevated in the other pairs, consistent with a repeatable but polygenic basis of traits that characterize the ecomorphs. Our results suggest that strong functional phenotypic differentiation, as seen in all three species pairs, is generally associated with a clear signature of genomic divergence, even in the youngest species pair.