This thursday, at the Speciation Journal Club, we will discuss a paper on Genomics of Rapid Incipient Speciation in Sympatric Threespine Stickleback, by Marques et al. 2016 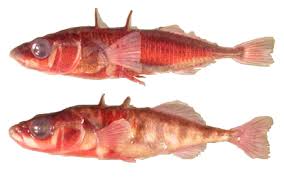 Ecological speciation is the process by which reproductively isolated populations emerge as a consequence of divergent natural or ecologically-mediated sexual selection. Most genomic studies of ecological speciation have investigated allopatric populations, making it difficult to infer reproductive isolation. The few studies on sympatric ecotypes have focused on advanced stages of the speciation process after thousands of generations of divergence. As a consequence, we still do not know what genomic signatures of the early onset of ecological speciation look like. Here, we examined genomic differentiation among migratory lake and resident stream ecotypes of threespine stickleback reproducing in sympatry in one stream, and in parapatry in another stream. Importantly, these ecotypes started diverging less than 150 years ago. We obtained 34,756 SNPs with restriction-site associated DNA sequencing and identified genomic islands of differentiation using a Hidden Markov Model approach. Consistent with incipient ecological speciation, we found significant genomic differentiation between ecotypes both in sympatry and parapatry. Of 19 islands of differentiation resisting gene flow in sympatry, all were also differentiated in parapatry and were thus likely driven by divergent selection among habitats. These islands clustered in quantitative trait loci controlling divergent traits among the ecotypes, many of them concentrated in one region with low to intermediate recombination. Our findings suggest that adaptive genomic differentiation at many genetic loci can arise and persist in sympatry at the very early stage of ecotype divergence, and that the genomic architecture of adaptation may facilitate this.