Conservation genetics of a protected moth 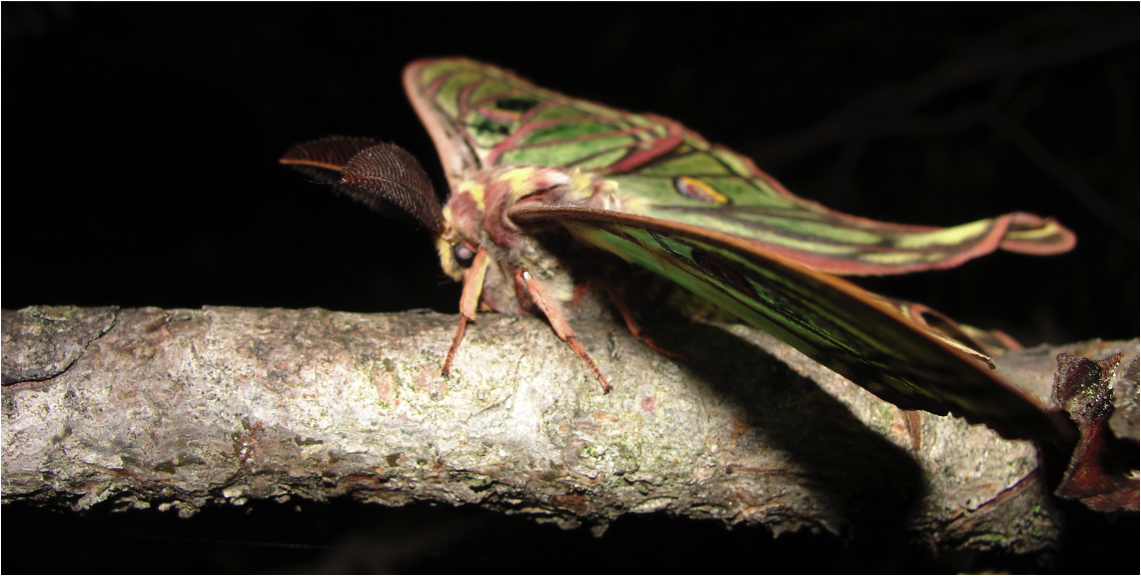 Phytophagous insects, one of the most diverse animal groups, and their host plants provide excellent model systems to assess the relative contribution of extrinsic environmental factors and intrinsic lineage-specific traits to diversification. The phylogeography of herbivorous insects is expected to mirror to some extent that of its host-plant. However, processes such as differential dispersal ability or host-shifts may cause phylogeographic mismatches. Information about the biology and genetic structure of species with fragmented distribution patterns set the ground for a general understanding of the distribution dynamics of such species and its demographic history. The Spanish Moon moth Graellsia isabellae (Graells 1849) (Lepidoptera, Saturniidae), closely related to the genera Actias from North America and East Asia, and Argema from Eastern Africa and Madagascar, is found in the main mountain ranges of the eastern half of the Iberian Peninsula and the French Alps. We used the herbivore-host association formed by the moth and three species of pines to explore the potential role of extrinsic (climate change, host availability, anthropogenic introductions) and intrinsic factors (genetic incompatibilities, sex-biased dispersal) in shaping historical divergence patterns in this protected moth. DNA variation in one mitochondrial and nine nuclear microsatellite markers revealed a strong phylogeographic pattern across the 28 studied populations in Spain and France. Given the protected status of Graellsia isabellae, we estimated two crucial parameters for the efficient management of endangered species: the long-term and contemporary effective population sizes (Ne), as well as of census population size (N). Differences between the two studied populations were found in both parameters, which is in agreement with their different demographic history, revealed by the phylogeographic study.