Are there limits to cichlid evolution? 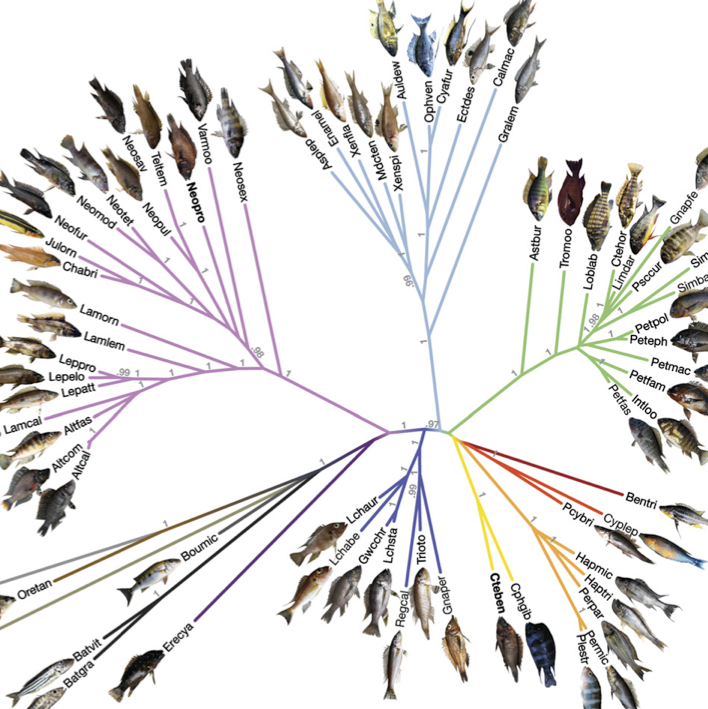 Adaptive radiation, that is, the rapid diversification of an evolutionary lineage into an array of closely related species as consequence of their adaptations to various ecological niches, is thought to be responsible for the origin of a great deal of the morphological and ecological diversity on Earth. Famous examples of such outbursts of diversification include Darwin’s finches on the Galápagos archipelago, silversword plants on Hawaii, anole lizards on islands of the Caribbean, and cichlid fishes in the Great Lakes of the East African Rift Valley. Lakes Tanganyika, Malawi, and Victoria are each teeming with a unique set of hundreds of endemic cichlid species, which have evolved in the last few millions to several thousands of years only. East Africa’s cichlid species differ greatly in ecologically relevant, hence naturally selected, characters such as mouth morphology and body shape, but also in sexually selected traits such as coloration. One of the most fascinating aspects of cichlid evolution is the frequent occurrence of convergent phenotypes, both between and within adaptive radiations. That similar sets of species have evolved repeatedly in independent radiations opens the questions whether there are limits to cichlid evolution, e.g. in form of a developmental or genetic bias.