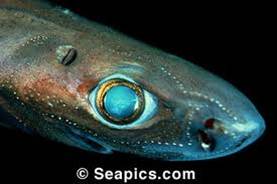 The velvet belly lantern shark, Etmopterus spinax is a small-sized deepwater shark, which is often captured as by-catch in commercial deep-water fisheries and discarded due to its low commercial value. A decline has been observed in some areas attributed to excessive fishing pressure. Despite being a commonly found shark, there is a lack of knowledge about its population structure, ecology and response to environmental or anthropogenic changes. Due to its extensive latitudinal distribution, E. spinax could be a useful model species for understanding the level of connectivity and potential adaptive differences between deep-sea shark populations, especially with regard to anthropogenic impacts. This knowledge is crucial for the sustainable management of this species and possibly its habitat. In our multidisciplinary study, we aim to unravel what constitutes a population in a deepwater shark, using Etmopterus spinax as a model species, and how these populations differ from each other. We have population genetic data (mitochondrial DNA) as well as population genomic pilot data from thousands of SNPs across the genome (RAD Seq), and will discuss findings together with chemistry and pilot parasite data.