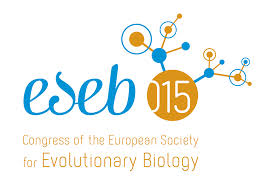 The recent ESEB (European Society for Evolutionary Biology) meeting in Lausanne, Switzerland was a great success. Here we bring a little bit of ESEB back to CEES:

The repeatability of genetic architecture in a homoploid hybrid species: work in progress

The genomic revolution suggests a more important role for hybridization and introgression in speciation than has previously been recognized. The potential of hybridization to form novel variation depends on whether different genomic mosaics can arise, or if only certain combinations are viable. To test this we re-sequence the whole genomes of three geographically widely separated island populations of the homoploid hybrid Italian sparrow Passer italiae, which possibly could have resulted three independent hybridization events. We investigate whether if the proportion of the genome inherited from the parent species and the size and distribution of genomic areas from the parent species differ between Crete, Corsica and Sicily and whether there loci fixed for different parental alleles at different islands. Future plans to use our study system to investigate the creative potential of hybridization are discussed.

Michael Matschiner will talk about:

Populations of Atlantic cod (Gadus morhua) in Norwegian waters differ in a variety of phenotypic traits, including alternate life history strategy and migration behaviour.  As part of the AquaGenome project we have so far sequenced over 200 indivduals from different populations and sampling locations, and I present findings from an analysis of 48 individuals sampled near the Lofoten archipelago. I show that large islands of high divergence exist on three different chromosomes, and that one of these is associated with population differentiation. I further demonstrate that the alleles responsible for high divergence are several millions of years old and do not seem to have experienced recombination.