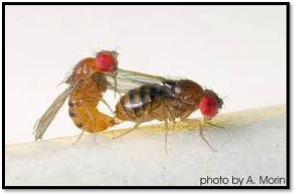 The presence of genetic variation in almost any individual trait and the prediction that many such traits are subject to stabilizing selection comprise two basic tenets of evolutionary biology.  However, as a consequence of widespread pleiotropy the distribution of genetic variance and pattern of selection on individual traits is unlikely to represent the patterns for multivariate trait combinations that selection is likely to act on. Overall, we still understand very little about how much genetic variation is available to selection, how such variation is maintained in the presence of selection, and how prevalent or strong stabilizing selection is in natural populations.  Using empirical studies of Drosophila serrata I address the role of stabilizing selection in the evolution of additive genetic variance, dominance variance, and environmental variance for multivariate trait combinations that describe wing-shape and cuticular hydrocarbon pheromone profiles.