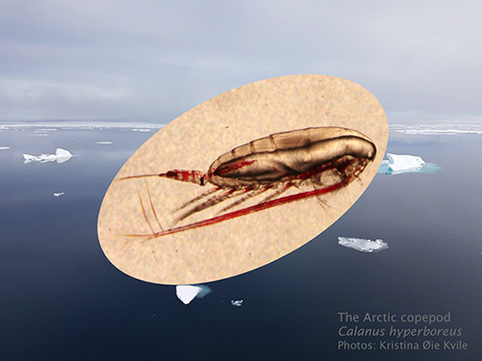 Pushing the limit: Resilience of an Arctic copepod to environmental fluctuations

Life history strategies such as multi-year life cycles, resting stages and capital breeding allow species to inhabit regions with extreme and fluctuating environmental conditions. One example is the zooplankton species Calanus hyperboreus, whose life history is considered an adaptation to the short and unpredictable growth season in the central Arctic Ocean. This copepod is commonly described as a true Arctic endemic; however, in this presentation I will show that abundances are relatively low and later stages and adults dominate in the central Arctic Ocean basins, indicating expatriation. Combining analyses of compiled historical data with individual-based modeling and energy requirement estimation, I will further demonstrate that while C. hyperboreus can reach higher abundances in areas with greater food availability outside the central Arctic basins, the species’ resilience to environmental fluctuations enables the life cycle to be completed in the central Arctic basins. Specifically, the energy level required to reach the first overwintering stage– a prerequisite for successful local production –is likely met in some– but not all –years. This fine balance between success and failure indicates that C. hyperboreus functions as a peripheral population in the central Arctic basins and its abundance will likely increase in areas with improved growth conditions in response to climate change. By illustrating a key Arctic species’ resilience to extreme and fluctuating environmental conditions, these results have implications for projections of future biogeography and food web dynamics in the Arctic Ocean, a region experiencing rapid warming and sea ice loss.