Late Lunch Talk by Louie Rombaut from University of Sheffield 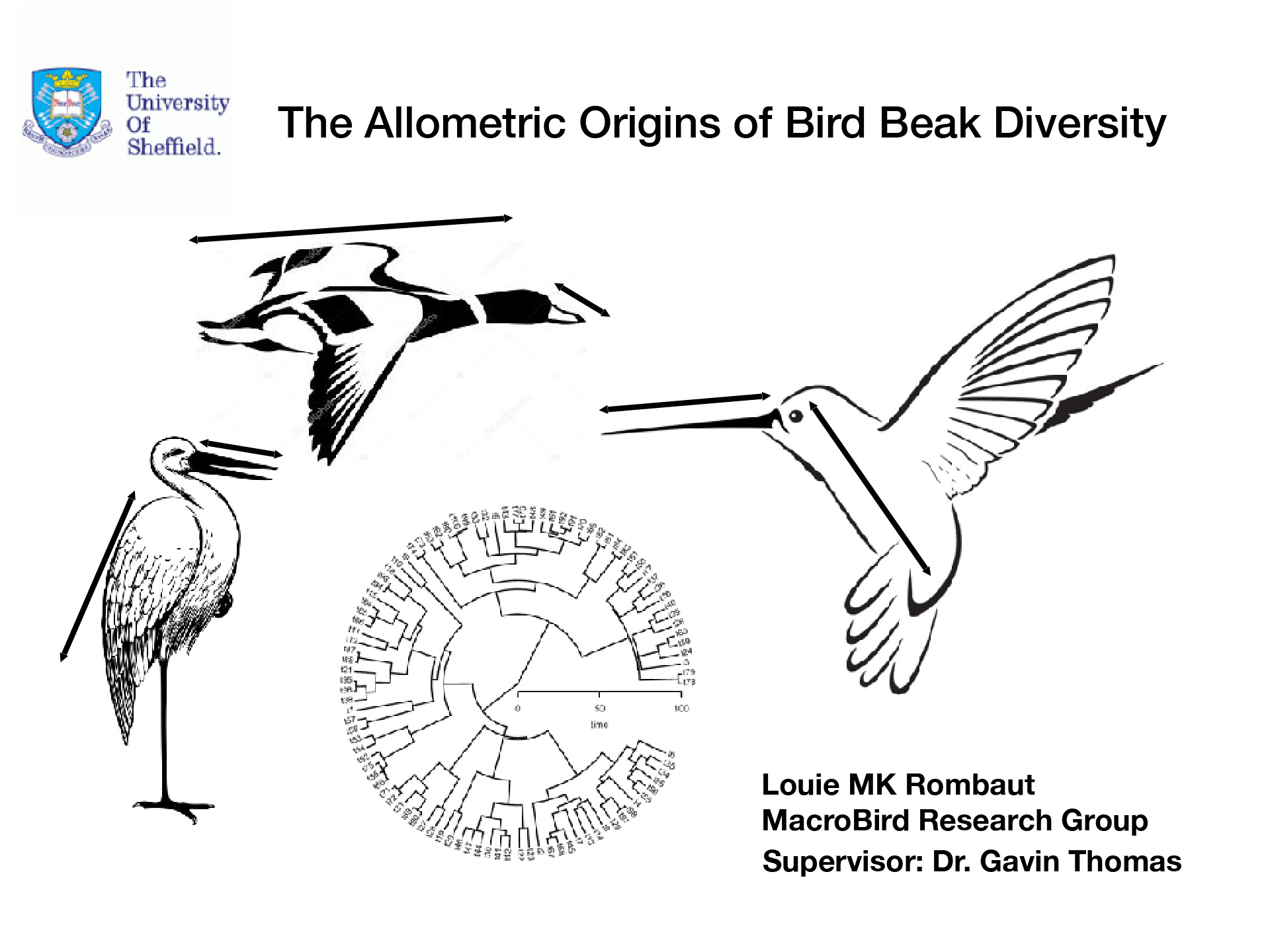 Ecological adaptation has long been recognised as the driving force behind the evolution of morphological diversity, but the evolutionary paths travelled by lineages are subject to various constraints- functional, historical and genetic-developmental. This can limit the direction of evolution and the total range of morphological diversity observed in nature. A common consequence of this is evolutionary allometry, the covariation of the size of one part of an organism with body size across species. Bird beaks are the classic example of ecological adaptation, but the constraints which have shaped bird beak evolution have received relatively little attention until recently. I explored evolutionary allometry in the size of bird beaks across a comprehensive sample of >3,500 species, spanning every order and family. Using a recently developed evolutionary modelling approach I identified major shifts in the axis of allometry at the base of several major bird clades, suggesting that shifts in allometric constraints have contributed to the remarkable diversity of bird beaks we see in nature. On the other hand, allometric constraints within clades are surprisingly strong with typically more than half of all variation in beak size being linked to variation in body size. I will outline several hypotheses to explain this high degree of integration and I will discuss the significance of my results for our understanding of adaptation and the origins of morphological diversity. [adapted from Rombaut, Brown & Thomas, in preparation].