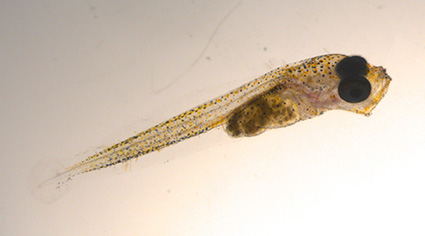 This talk will follow the format of my defence talk to be delivered at Dalhousie University on March 4th. Therefore it will be shorter than usual (~20 mins) and I hope there will be lots of questions and discussion afterwards.

My PhD research seeks to understand how Atlantic cod will respond to global climate change, how cod populations will respond differently depending on the local conditions to which they are adapted, and the genomic mechanisms of local adaptation with gene flow. I rear cod larvae at a range of temperatures in the laboratory and find, using RNA sequencing, changes in gene expression consistent with a severe cellular stress response at both ambient and forecasted (+2°C and +4°C) temperatures. Earlier onset of the transcriptomic stress response is observed at higher temperatures and is not explained by differences in degree-days among treatments. The stress response is accompanied by faster growth and an increase in mortality that suggests a reduction in fitness at higher temperatures. This knowledge fills a critical gap in our understanding of how marine fish larvae respond to warmer temperatures. I then use a common-garden-gradient approach to compare thermal responses in larval cod growth and survival among six genetic crosses originating from a single fjord system. I disentangle the effects of fine-scale environmental heterogeneity between inner and outer fjord areas, and genetic divergence between co-existing ecotypes, to better understand the genetic basis of variable thermal responses in cod and reveal cryptic diversity in plastic responses under ocean warming. We find genetic variation in plasticity at a microgeographic (<20 km2) scale that is unprecedented in a marine species lacking physical barriers to dispersal. Finally, I combine common-garden experiments conducted on cod larvae from four locations with large-scale RNA sequencing and SNP genotyping to characterize variation in gene expression means and thermal plasticities, growth reaction norms, and survival. The observed variation is consistent with adaptive divergence at macro- (~1300 km) and micro-geographic (<20 km2) spatial scales along coastal Norway. Our findings suggest that local adaptation at a macrogeographic scale characterized by moderate gene flow is largely manifest by low-level differentiation located throughout the genome. However, local adaptation at a micro-geographic scale with high potential for gene flow is mainly attributable to blocks of tightly linked genes in the form of chromosomal inversions. We present the first experimental evidence for the putative adaptive functions of three large chromosomal inversions that are polymorphic throughout the species range and show evidence of within-generation experimental selection against specific genotypes. These novel empirical investigations will aid our understanding of how climate change will affect the population dynamics and distributions of cod and other marine fishes and enable effective management of harvested species with high gene flow.