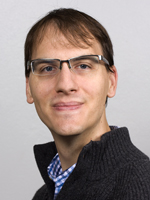 Defects exist in all materials; it is not possible to create a defect-free material.  In addition, defects play a profound role on the mechanical, optical, and electrical properties of many materials, especially semiconductors.  Depending on the material's application, a defect can be beneficial, detrimental, or, in some cases, fulfill both of these roles.  An excellent example is the oxygen impurity in crystalline silicon.  A substantial concentration of oxygen, mainly in the form of interstitial oxygen atoms,  is incorporated into crystalline silicon during its growth.  On one hand, the presence of oxygen confers a number of benefits to the silicon material.  Oxygen clusters aid in trapping transition metal impurities, e.g. Cu and Fe, which would otherwise significantly degrade the carrier lifetime and therefore the efficiency of the device.  Oxygen also provides the wafer with increased mechanical strength, making it less susceptible to fracturing.  Interstitial oxygen atoms themselves are electrically neutral, and therefore do not alter to the electrical behavior of the device.  On the otherhand, oxygen is very reactive and forms complexes with other defects introduced during the crystal growth or subsequent processings, which degrade the electrical properties of the material.  Oxygen can form various complexes with vacancy defects, resulting in a multitude of electrically active defects.  The formation of oxygen precipitates has been linked with the appearance of thermal donors.  Both of these oxygen-related defects make it difficult to reliably predict the electrical conductivity of the final device relative to the starting material.  Light-induced degradation, in which the solar cell's efficiency drops by 3-6 % (on an absolute scale) after exposure to sunlight, is thought to be related to the formation of boron-oxygen related complexes.  Thus, reliable control over a material's properties is, to a large extent, determined by the ability to manipulate and control its defects.

Over the past 60 years, a number of spectroscopic techniques have been developed to study and improve our understanding of the effect of defects on the properties of different materials.  These include (but are not limited to) electron paramagnetic resonance (EPR), aka electron spin resonance; deep-level transient spectroscopy (DLTS); Fourier Transform infrared (FT-IR) spectroscopy; and Raman spectroscopy.  Many of these techniques have been used to characterize light element impurities, e.g., hydrogen, lithium, carbon, oxygen and nitrogen, in semiconductors since these elements are often incorporated unintentionally during growth and processing.  An excellent example of this are transparent conducting oxides (TCOs) and transparent semiconducting oxides (TSOs), which are classes of metal-oxide-semiconductors that are both transparent to visible light and electrically conductive.  Although they are currently used as transparent contacts for liquid crystal displays (LCDs) and photovoltaic cells, TCOs and TSOs are excellent candidates for a number of applications, such as high performance transparent electronics. Many of these materials are easily grown as bulk single crystals (scalable), contain earth-abundant elements (cheap) and are non-toxic (environmentally-friendly). All of these factors have driven a wave of research to identify and control defects in these materials.

Hydrogen-related defects have been found to play a crucial role in the optical and electrical properties of many semiconductors.  The behavior of hydrogen varies considerably among different materials depending on the crystal structure, the growth technique, the type of doping, the presence of background impurities.  In silicon, interstitial hydrogen (Hi) exhibits an amphoteric behavior and counteracts the prevailing conductivity of the host material. In n-type Si, Hi will act as an acceptor, whereas in p-type Si, Hi will act as a donor. Hydrogen can passivate the electrical behavior of this material by forming complexes with other donors and/or acceptors, thereby providing control over the conductivity.  However, in many TCOs, hydrogen behaves exclusively as a donor regardless of the background conductivity of the material.  Therefore, knowledge of the physical and chemical properties of hydrogen-related defects in these materials is critical for understanding and controlling the conductivity of these materials.

When light element impurities incorporate into a crystal, they give rise to localized vibrational modes (LVMs)  that occurs at frequencies  significantly higher than those of the host crystal.  Vibrational spectroscopy techniques, such as FT-IR and Raman spectroscopies, are capable of detecting these LVMs and are therefore well-suited for studying the properties of these defects.  My Ph.D. degree (Dept. of Physics, Lehigh University, USA) was completed under the supervision of Professor Michael Stavola, a world-reknown expert on hydrogen in semiconductors.  My research used FT-IR spectroscopy to study the structures and behaviors of hydrogen defects in a number of TCOs, including indium (III) oxide (In2O3), zinc oxide (ZnO), and monoclinic gallium oxide (\(\beta-\)Ga2O3).  At the University of Oslo, I continue to use vibrational spectroscopy to study oxygen-related defects in silicon and hydrogen-related defects in other TCOs and TSOs.

During my undergraduate and graduate studies, I was extremely fortunate to take classes from excellent teachers and to be exposed to different teaching techniques.  Several of my undergraduate chemistry courses were taught using active learning techniques.  During my Ph.D. studies, I had the opportunity to teach several types of classes, including a laboratory and recitations for a freshman-level "Introduction to Classical Mechanics" course and lectures for a sophomore-level "Introduction to Quantum Mechanics" course.

As a postdoctoral fellow I am more focused on my research, but I still seek out ways to remain active in my teaching. During Fall 2017, I served as an instructor for FT-IR spectroscopy for the MENA 9510 course offered here at the University of Oslo.  I have also given two seminars on FT-IR spectroscopy to both the Department of Physics and the LENS group.