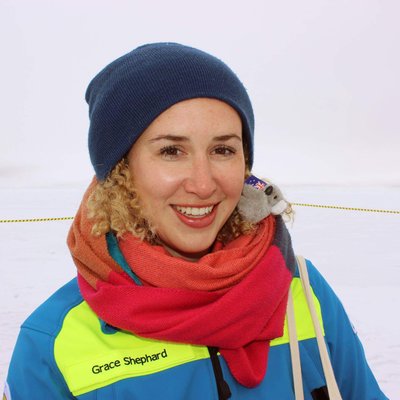 Grace Shephard is new member of the Marine Working Group of the IASC. Photo: CEED / UiO

The Research Council of Norway (RCN) states that Grace Shephard, an researcher from CEED and Dept. of Geosciences, UiO will be the Norwegian representative in the Marine Working Group in the International Arctic Science Committee (IASC). Starting 1st of January 2021, and for a four-year term.

After finishing her PhD from University of Sydney in 2014, Grace's academic interests and activities has covered global and regional plate tectonics (with focus on Arctic, North Atlantic and Pacific regions), geodynamics, to dynamic topography and palaeogeography.

In a YouTube film from the icebreaker Oden expedition in the Arctic in 2016, an film made by the Swedish Polarforskningssekretariat, you can see Grace explaining the work with sediment coring in Ishavet (The Arctic Ocean).

As a representative she is supposed to be active in the working group meetings and activities, attend annual meetings in connection with the Arctic Science Summit Week (ASSW) and establish an informal science-led network within the working groups field.

The International Arctic Science Committee (IASC) is a non-governmental, international scientific organization. IASC pursue a mission of encouraging and facilitating cooperation in all aspects of Arctic research, in all countries engaged in Arctic research and in all areas of the Arctic region.