Professor Bernd Etzelmüller is the new Head of Department of Geosciences at University of Oslo (UiO). His first official work day was 19 of April, but he is not new in the management. He has already served as Deputy Head from 2019, and he has a particular long record at UiO, since 1986. 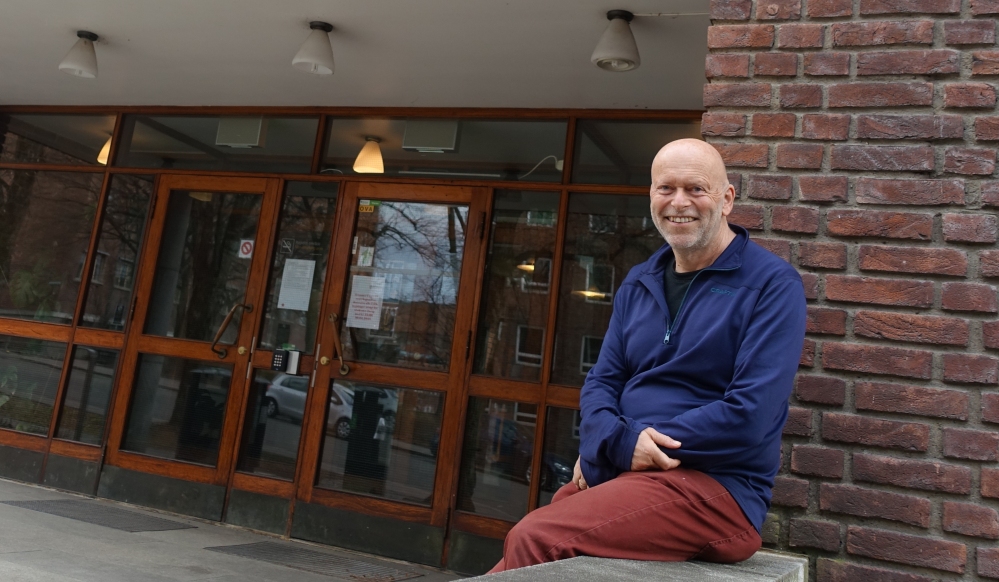 Professor Bernd Etzelmüller is the new the Head of Department of Geosciences, University of Oslo. Here in front of the main entrance to the Geology Building in Sem Sælands veg 1, Blindern. Photo: GK/UiO

Bernd Etzelmülleris is originally from Germany and the city of Marburg/Lahn, between Frankfurt and Kassel. After university studies there in geography and geology, he lcame to Norway. And to the University of Oslo!

At Oslo he became Cand.scient at the Dept. of Geography in 1989. After some months as a researcher at Statens vegvesen/Norwegian Public Roads Administration, he became doctoral research fellow in physical geography and geomatics at Dept. of Geography gained his doctoral degree in the end of 1995. After some years as an associate professor, has he served 16 years (from 2004) as professor in physical geography and GIS.

His field is physical geography, which is the natural sciences discipline part of geography, focusing on landforms and the processes that forms them. In practice, this means studies and research on terrain forms, bedrock, fields, water and climate.

A special focus at the Dept. of Geosciences is on the cryosphere, the frozen part of the Earth`s surface where water is frozen in solid state: glaciers, snow, sea ice, permafrost and ground ice. Climate change has implications for the cryosphere thawing the frozen water, and for many years Bernd has been researching on what this means for geohazard risk in Norway, Svalbard, Iceland, Mongolia, and Canada.

Long service at UiO and experience from different roles

Over the years, he has accumulated a solid experience from various roles at the Dept. of Geosciences. He has been head of education, leader of several research projects, a central person in different research groups, and the latest years he has been the leader of the Section for Geography and Hydrology, and from 2019, he has served as the Deputy Head at Dept. of Geosciences.

Bernd Etzelmüller took over from Brit Lisa Skjelkvåle who served as Department Head from 2013 to mid-February 2021. Skjelkvåle is now employeed as Director at The Natural History Museum at University of Oslo.

Colleagues congratulate Bernd on his new post at the department!