The group researches and teaches topics within petroleum geoscience. 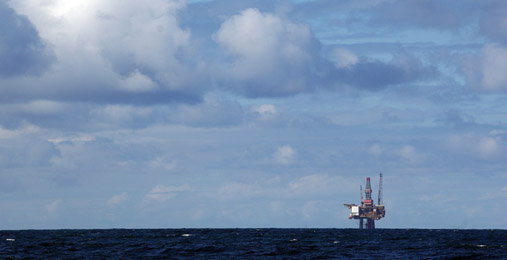 Research in petroleum geoscience is focused on the fundamental geological processes and geophysical analysis techniques that are relevant for petroleum exploration and production, as well as on developing new, fundamental  techniques within the specific fields of study. Research is therefore carried out on the development of sedimentary basins, their sedimentary development and compaction, fluid flow within such basins and the imaging and analysis of structures, rocks and fluid  migration. Undertaking a complete geological and geophysical analysis of sedimentary basins demands a high level of research competence in biostratigraphy and micropalaeontology, sedimentology (sedimentation and diagenesis), structural geology, petroleum geochemistry and geophysics.

Biostratigraphical and micropalaeontological data is employed to define the sedimentary deposition environment  and to data and correlate sedimentary units.  This type of data is essential for analysing a basin’s infill history and defining the sedimentation conditions, for example water depth.

Sedimentological studies are basic to an understanding of the processes of sediment erosion, transport and deposition. Both field studies and seismic data analysis (e.g. seismic stratigraphy, sequence stratigraphy) are employed. As a basin fills, mechanical and chemical changes (diagenesis) begin, producing compaction of the sediments, while formation fluids (for example water, and later hydrocarbons) flow very slowly through the pores of the sediment.

Structural analyses of the geology go hand in hand with the sedimentary studies and are used to understand the deformation (folding or faulting) that occurs in the crust and its sediments, and how fault systems can effect the flow of fluids and how petroleum traps are created.

Geophysical methods (gravimetry and magnetic mapping, reflection seismic) are used to map and analyse very large structures in the crust, the latter method also being used for more detailed studies at a basin and petroleum trap scale. Geophysical methods can also be employed in some cases to find out whether certain parts of a reservoir are filled with hydrocarbons, and even to follow reservoir depletion in real time.