Geography, geomatics and hydrology rank among top 50 in QS

The Department of Geosciences has been ranked high for two subject areas in the QS World University Rankings for 2015. The research environment in geography, hydrology and geomatics (picture) advanced to 50th place, and the research environment for geology  ranked between 51 and 100 in this international evaluation based on different criteria such as citations and academic reputation. 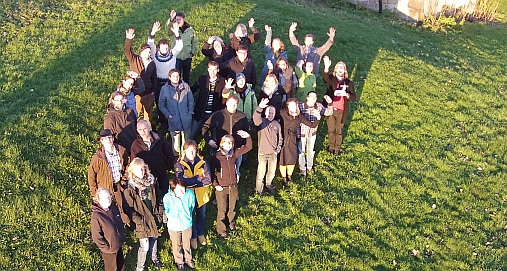 The research environment in natural geography, hydrology and geomatics is ranked among the best in QS World University Rankings by subject for 2015. Photo: Department of Geosciences

QS World University Rankings measures academic communities for quality of the research (citations per faculty, faculty productivity and impact) and teaching, working and learning environment, degree of internationalization and innovation.

- It's nice to be ranked among the very best of universities in research areas that we are a part in. But such rankings are not a goal in itself, since they are either not transparent with respect to the methodology and conclusions of the ranking. But a good ranking in this year's QS World University Rankings's is always nice to show that we have high quality research environments, says Brit Lisa Skjelkvåle head of the Department of Geosciences.

The research communities at the department also participate in many international projects with partners from reputable universities abroad.

The Department of Geosciences has many international students at the graduate level for the two subjects areas with its international master programme: Geosciences (master's two years with six study disciplines.

About the QS ranking

The QS ranking highlight the 200 best universities in the world for 36 Research areas.

About the research environments