Short Biography of Egil A. Hylleraas

Egil Andersen, the youngest of ten siblings, was born in 1898 in Hylleråsen, a small village near the Swedish border, 25 miles north of Trysil. 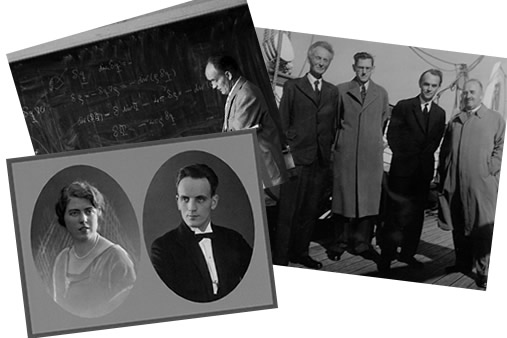 The family lived on a smallholding, but his father also worked as a schoolteacher. Having worked a few years as a logger, Egil moved to Oslo in 1916, where he attended secondary school and the University of Oslo (1918–1924), majoring in physics. He took the name of Hylleraas in 1924.

After graduation, Hylleraas worked as a high-school teacher. However, his work in crystallography had attracted the attention of Max Born—one of the leading figures in quantum mechanics—who invited him to Göttingen. Hylleraas spent much of the next two years 1926–1928 there, learning quantum mechanics and applying it to the helium atom. He solved the helium problem in 1929, obtaining full agreement with experimental results and con­firming the validity of quantum mechanics for many-electron systems.

Hylleraas had married Magda Christiansen in 1926 and their daughter Inger was born in 1927. The family moved to Bergen in 1931, where Hylleraas took up a position at the Chr. Michelsen Institute. In 1937, he was appointed Professor of Theoretical Physics at the University of Oslo.