UiO The Faculty of Mathematics and Natural Sciences Department of Biosciences
Main navigation
Back to uio.no
Sub navigation Menu
About the department > News and events > New faces at IBV > 2021 > New face: Bastiaan Star

We are happy that Bastiaan Star joined IBV as an Associate Professor in marine genomics at the Centre for Evolutionary and Ecological Synthesis (CEES) earlier last year. 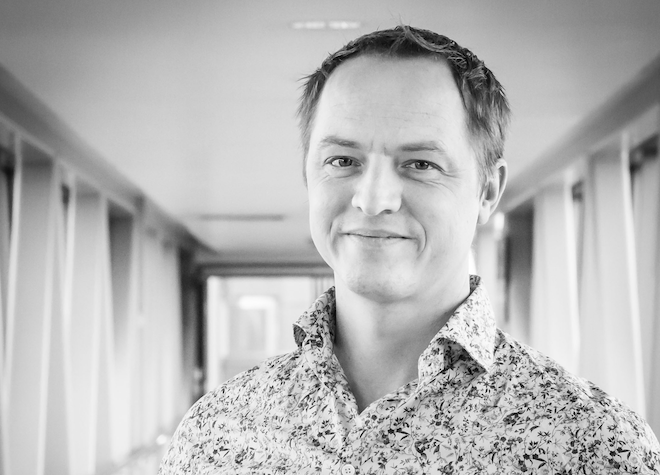 Bastiaan Star obtained his Msc Marine Biology at the University of Groningen, the Netherlands and a PhD in theoretical genetics at the University of Otago, Dunedin, New Zealand. After his PhD, Bastiaan moved to Norway to work as a postdoctoral fellow at the Centre for Evolutionary and Ecological Synthesis at IBV, where he now work as an Associate Professor in marine genomics.

Bastiaan Star is interested in studying the historic impacts of human exploitation on marine species. Exploitation has often been going on for thousands of years, and we have little understanding of what ecosystems look like in the past.

For such studies, he likes to incorporate ancient DNA (aDNA) in his research, which is a particularly exciting tool to quantify impacts and change over time. aDNA is a novel, multidisciplinary field and there are many technological and bioinformatic challenges that remain to be solved.

New developments are happening at a rapid pace, continuously opening up new avenues of research. At the same time, you get to work with researchers from completely different disciplines, for instance archaeologists and historians. I find this variation and range of challenges really attractive, says Bastiaan Star.

Why the Department of Biosciences?

All the necessary infrastructure, such as an ancient DNA lab, the Norwegian Sequencing Centre (NSC) and bioinformatic resources as well as expertise is right here. In particular working with the NSC has been very productive, together we've created an efficient work-flow that works very well for studying ancient DNA, says Bastiaan.

Bastiaan Star has been one of the first to apply ancient DNA and whole genome approaches in the marine environment and this field is really in its infancy. He therefore would like to develop this field further as so far only at a handful of species has been investigated so far, with a focus on economically important fish. We know nearly nothing of many other species.

Genomic resources, especially genome assemblies are important here, as having such resources are essential for a range of down-stream analyses and applications. Given that genomic resources for most marine species remain scarce or absent, he is therefore very interested in efforts like the Earth Biogenome Project (www.earthbiogenome.org), where IBV take a leading role in Norway.

Enjoys working with his colleagues and students

It is great to work together with a range of talented people at different stages in their career. Bastiaan really enjoys working with his colleagues and students on a range of topics, and solve challenges together.

One of advantages of working at IBV is that I have a fantastic commute to work. During the summer months, I like to bike using an elective bike through the Marka from home in Nittedal to work. The most of this trip is through the forests and on gravel roads, and it is amazing to be able to do a trip on daily basis, Bastian says.