Kjetil Lysne Voje has been awarded 1.5 million Euros in research grants from the European Research Council (ERC). He will take a closer look at how changes in the evolution of species occur over time. 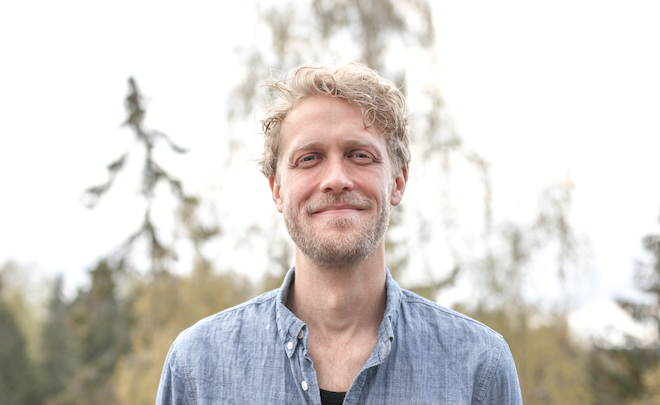 Kjetil Lysne Voje is a researcher at the Center for Ecological and Evolutionary Synthesis (CEES) at the Department of Biosciences. He is one of seven Norwegian researchers who have been awarded the ERC Starting Grant from the European Research Council. The research grant is 1.5 million Euros, and the project's title is "Dissecting the paradox of stasis in evolutionary biology".

I am very excited and grateful to receive an ERC Starting Grant and I interpret it as a recognition of the work my collaborators and I have accomplished in recent years, says Kjetil Lysne Voje.

The aim of the project is to provide a more complete understanding of the patterns of evolutionary trait dynamics across long and short timescales. Evolutionary biologist have traditionally focused on either studying observable changes across a few generations (microevolution) or among-species comparative data (macroevolution).

To better connect our understading of microevolutionary processes to patterns of evolution across longer time-scales, we need to improve our understanding of how observations on short and long timescales relate to each other, says Kjetil Lysne Voje.

The project will use mathematical modelling, machine learning and new statistical tools to analyze evolutionary time series from both extant and extinct species covering generational to million-year timescales. The project will provide new knowledge of phenotypic evolution across time intervals where much is currently assumed but little is known regarding evolutionary trait dynamics.

Read more about the project in Titan (in Norwegian).

The European Research Council, set up by the European Union in 2007, is the premiere European funding organisation for excellent frontier research. Every year, it selects and funds the very best, creative researchers of any nationality and age, to run projects based in Europe. The ERC offers four core grant schemes: Starting, Consolidator, Advanced and Synergy Grants. With its additional Proof of Concept grant scheme, the ERC helps grantees to bridge the gap between their pioneering research and early phases of its commercialisation.

The funding, worth in total €677 million, will help early-career scientists and scholars to build their own teams and conduct pioneering research across all disciplines. The grants are part of the EU’s Research and Innovation programme, Horizon 2020.