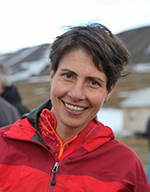 The brain has a remarkable ability to adapt to changing environments but the mechanisms underlying these processes in the brain of animals interacting with its environment remain elusive. In my research I want to identify the neural fingerprint that reflects learning of sensory experiences in cortical circuits from structural changes of synapses to changes in the population code of neural ensembles in behaving animals. To achieve this we use large scale extracellular recordings of populations of neurons and transcranial two photon laser scanning microscopy (2PLSM) to identify structural and functional changes of identified neurons. Understanding mechanisms underlying basic cortical plasticity and function will untangle how experience modifies cortical circuits to form long-lasting memories and have great impact on our understanding of normal brain function and help our understanding of what fails in the diseased brain.

I am leading Centre for Integrative Neuroplasticity (CINPLA) which is one of the prioritized interdiciplinary research activities at the Faculty of Mathematics and Natural Sciences.

1995-1996   Bachelor in Arctic Biology, The University Courses on Svalbard, Norway.

22008-2010  Post doctoral researcher at University of California San Francisco (UCSF), USA.
In the lab of Dr. Michael P. Stryker I studied the effects of activity-dependent plasticity in visual cortex of mice by intrinsic optical imaging and two-photon laser-scanning microscopy (2PLSM). I performed genetic labelling of subclasses of neurons with fluorescent markers and genetically encoded Ca2+ sensors using in utero electroporation, single-cell electroporation, and viral vectors. I implemented the technique and built equipment for in vivo 2PLSM imaging of identified neurons in head-restrained mice running on a styro-foam ball floating on air. I established the technique of shadow-patch for single-cell electroporation in the lab for chronic 2PLSM of sub-cellular structures.

2005-2008  Postdoctoral researcher at KI-CBM, NTNU, Norway.
I followed up my PhD work with large-scale electrophysiological recordings in entorhinal cortex and hippocampus in free-roaming rats and mice. I recorded for the first time grid cells in mice. I developed methods for simultaneous recordings of cell ensembles from two brain areas in combination with intrahippocampal infusions of pharmaca.

2000-2005  Graduate research fellow at KI-CBM, NTNU, Norway.
In the lab of Drs. May-Britt and Edvard Moser I performed electrophysiological recordings of cell ensembles with single unit resolution in entorhinal cortex and hippocampal subfields in behaving rats. I did hippocampal lesions and recorded from hippocamectomized rats. I developed the technique of extracellular recordings in medial entorhinal cortex leading to my discovery of grid cells.

1999-2000  Research assistant at Norwegian Polar Institute and at Institute of Medical Biology, University of Tromsø, Norway.

2007: Runner-up winner for the Eppendorf-Science prize in Neurobiology (read the essay at Science online).

2006: Donald B. Lindsley’s Prize in Behavioural Neuroscience. Award for the best PhD thesis in behavioural neuroscience in 2005.