You can´t blame the deer!

The last decades the disease Lyme borreliosis that is spread by ticks has been increasing, but this increase cannot be explained by the increasing deer population only. 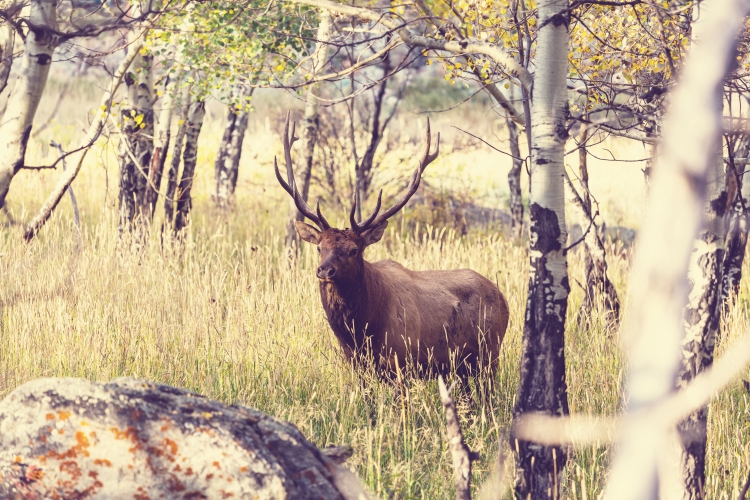 Results from the research project TickDeer, recently published in Nature Communications, shows that the percentage of ticks with Borrelia is decreasing in areas with a high deer population (deer, red deer and moose). However, the total number of ticks is higher. This means that the risk of catching Borrelia is not decreasing as much as one could hope for despite the ”clean host”, and all in all a high density of deer give a netto increase in borreliosis.

Good news for the deer population

Since 1991 Norway has registered all incidents with borreliosis in a so-called MSIS-statistics for reportable diseases. At the same time data on the wild deer population over all of Norway has been recorded. This is why Norway has a unique set of data material for comparing the relation between the disease progression over time, says professor Atle Mysterud, who led the project.
In addition the researchers at the TickDeer-project, which represent a cooperation between the Department of Biosciences (University of Oslo), Norwegian Veterinary Institute, and NIBIO, looked at how the number of deer affects the number of ticks, and in particular ticks with Borrelia. The results show that borreliosis has increased more than the density of deer would suggest.
-    We see that the incidence of borreliosis has increased in the southern part of Norway in a period of time where both the deer population and the moose population have decreased. This is why we cannot only blame the deer for getting more of these blood-sucking parasites, says professor Atle Mysterud.
-    At the west coast an increase in the population density of deer has resulted in an increase in the incidence of borreliosis.  The cycle of the Borrelia bacterium in nature is both complex and is influenced by many different drivers, where the hosts of the ticks in an early life stage can influence the cycle. There is also little doubt that a warmer climate is a contributing factor for the tick-borne diseases, something that we are going to have a closer look at in the newly started #EcoTick-project, says  Mysterud.
-    It is also likely that the change in the use of the landscape, resulting in more encroachment, has been an advantage for the ticks.

The whole article can be read at titan.uio.no:

Results from TickDeer project is published in Nature Communications. Professor Atle Mysterud at the Institute of Biosciences (University of Oslo) has led the project.
Contrasting emergence of Lyme disease across ecosystems.
TickDeer (completed)
#EcoTick (In progress)
By Elina Melteig
E-mail this page