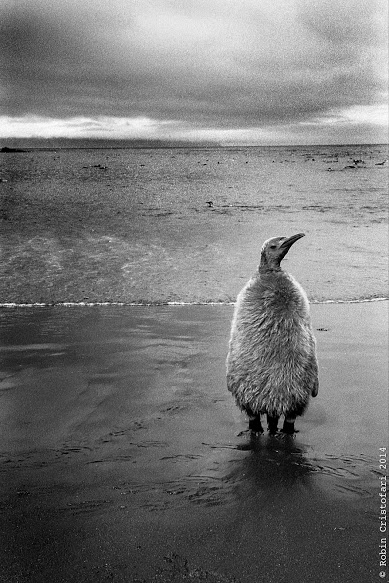 The image we have of our planet’s pristine, untouched Polar Regions is no longer true. Arctic and Antarctica are the first areas affected by climate change and have proven to be to be final sinks for contaminants. Over the past 30 years, the sea ice in the Arctic has declined by 30 percent. The West Antarctic Peninsula is one of the fastest warming areas on Earth, and although the ice is expanding in some areas, it is also decreasing in a rapid tempo in other parts of the continent. The loss of ice is causing a change in food availability for higher trophic levels, as keystone species in the ecosystem, such as krill, are highly dependent on the amount of sea ice. In addition, climate change may also influence the exposure to contaminants by causing a change in diet and releasing stored contaminants from melting sea ice. Both Polar Regions are also experiencing an increasing input of new contaminants, often substitute chemicals for banned contaminants, transported from human populations in industrial areas by ocean currents and atmosphere. As a result, the wildlife in these regions are experiencing increasing environmental stress.

Seabirds are commonly used bioindicators for environmental change, but seabirds come from different evolutionary lineages and hence differ in both ecology and physiology. In addition, contaminants never act alone, but come in mixtures. Depending on the mixture, they may have different cocktail effects. As seabirds in Polar Regions are adapted to their specific extreme environments on each side of the planet and migrate to different places, they may also differ in both their uptake of contaminants and sensitivity to environmental stress. In other words, their response may not be the same.

In POLAR-ECOTOX we aim to investigate 1) the differences in contaminant levels, profiles and effects between the two Polar Regions, 2) how climate and ecological factors may influence temporal trends of contaminants in Antarctic seabirds, and 3) how contaminants may affect population dynamics in an penguin colony already critically endangered by climate change.

Arctic vs Antarctica: It’s not where you live, but who you are and what you do

The Arctic is an ice-covered ocean surrounded by industrial countries, while Antarctica is an ice-covered continent surrounded by an ocean acting as a barrier for pollution input. In others words, there is an higher input of contaminants to the Arctic through rivers, atmosphere and ocean currents, and hence the contaminant levels in wildlife are found to be higher in the Arctic compared to Antarctica. However, there is a general lack of knowledge about contaminant levels in the Southern hemisphere, especially in higher trophic levels. Monitoring of contaminants has revealed a decreasing trend of regulated contaminants, such as PCB and DDT, in both regions. However, unexpected high levels of both regulated and new contaminants in wildlife occur in both regions, often without a proper explanation as to why. There is also a lack of knowledge about the effects of contaminants.

The primary factors found to explain contaminant differences between species are diet, biotransformation and migration. We expect lower levels in Antarctic species due to lower inputs, but since contaminants appear in cocktails, they may cause different effects than indicated by the levels per se. Hence, the profiles, also known as differences in the patterns of contaminants, may give a more complete picture of exposure. So when it comes to effects of contaminants, and taking into account that seabirds also differ in ecology and physiology; who you are (evolutionary and physiological) and what you do (ecological) may be more important than where you live.

The seabirds, our bioindicators

In the first part of the study, we will compare levels, profiles and effects of persistent organic pollutants (POPs) and Mercury (Hg) and emerging contaminants between Arctic and Antarctic seabirds (i.e. King penguin (Aptenodytes patagonicus), Adèlie penguin (Pygoscelis adelia), South polar skua (Stercorarius maccormicki), Black guillemot (Cepphus grylle) and Great Skua (Stercorarius skua)). The penguins and guillemot represent resident species, but although they have similar diet and role in the ecosystem, they come from two different evolutionary families and hence they may reflect differences in physiology and geographical inputs between the two Polar Regions. On the other hand, the skuas serve as representatives for migrating species, they are closely related and may thus reflect geographical differences in input and/or local adaptations in physiology and ecology between the two Polar Regions.

The King and Adelie penguins in this study breed at Crozet Archipelago, which is a subAntarctic island, but the Adelie penguins also breed at Adelie Land at the Antarctic continent, thus, making it possible to compare between the same species living in two different regions in the Southern hemisphere. In addition, we can also compare between two species within the same region (within Adelie Land and within Svalbard) in order to test how much physiology and ecology have to say. Hence, with the help of  these species and this study design we will be able to investigate factors both within and between the two Polar Regions.

Contaminants are known to have deleterious effects such as DNA damage caused by oxidative stress, which in turn may influence reproduction and survival. In this study we will develop new methods for measuring genotoxic effects of contaminants in avian wildlife on an individual level. The comet assay is a standardized method for fish and blue mussels, but so far there has been little luck with transferring it to seabirds. In addition to comet assay, we will also test for telomere reduction (potentially induced by oxidative stress). Former studies have shown that seabird late born chicks have higher levels of oxidative stress and shorter telomeres. There is an ongoing discussion on the link between telomere length and longevity and that the length of telomeres may be an inherited trait. In this project we are using it as a measure on oxidative stress potentially induced by contaminants. Hence, we aim to investigate how the measured contaminant levels and profiles may be linked to effects.

On how climate and ecology influence temporal trends of contaminants

On how contaminants may influence population dynamics

The specific target colony that will used in this study, have already been found critically sensitive to climate change. Former studies by our collaborating partners predicted a 9 % drop in population by an increase of 0.26 C. In other words, the colony in question has a critically chance of becoming extinct within the future climate scenarios. King penguins have breeding cycle of 12 months and if food availability is low one year, they are more likely to invest all their energy in their offspring and starve themselves, than to withhold from reproducing. This makes them sensitive to both climate change and exposure to contaminants, as fasting individuals use their fat storage and hence release more fat stored contaminants into their blood. On top of the decline in population due to climate change, contaminants may pose extra environmental stress. The third part of this project, is therefore to investigate potential population level effects of legacy POPs and Mercury, and coupling effects between contaminants and climatic changes in a King Penguin population. We will also try to identify typical vulnerable individuals which may serve as limiting factors (drivers) in the population structure and development, and use modeling tools in order to predict the population development in future environmental scenarios.

Fieldwork from pole to pole

Since the 1999/00 summer campaign, IPEV have sampled blood from King penguin chicks at Crozet Island and stored them for future analyses. They will also do so in 2015/16 together with samples from adult King penguins. In addition, we will sample blood from adult Black guillemots and Great skuas in Ny-Ålesund at Svalbard in June 2015. From December to February 2015-16 we will sample blood from adult Adelie penguins and South Polar skuas at the French research station Dumont d’Urville at Adelie Land. But collaborating across the poles with other biology disciplines, such as genetics and population dynamics, we are not only contributing on filling knowledge gaps but also developing new interdisciplinary bonds and future ideas.