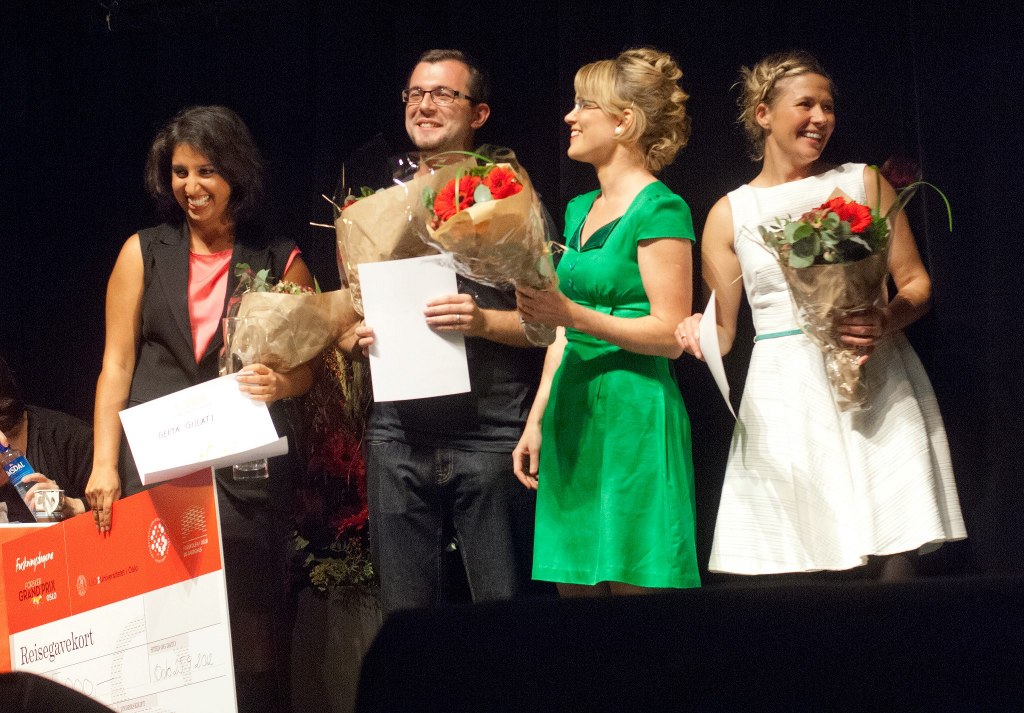 The four finalists at the 2012 Forsker Grand Prix in Oslo, including Pierre Lison (second from left).

This week, LTG Members Pierre Lison and Lenny participated successfully in the 2012 Researcher Grand Prix for Eastern Norway. In this contest, ten talented young scientist compete in communicating their research to a non-academic audience—in exactly four minutes. Judged by both an ‘expert’ jury (comprised of an academic judge, a journalist, and an actress) and the audience, Pierre and Lenny advanced into the so-called ‘superfinal’ of the evening, where they were generously allowed six minutes to elaborate on their research. Two of the finalists were selected (again by a combined jury and audience vote) for the national Norwegian Research Grand Prix this weekend, if sadly not Pierre and Lenny. Nevertheless, a proud: Well done, guys!

The event at large and the team comprised of Pierre and Lenny has seen good media coverage this week, including in the National Radio and Televison network.