Image taken from RailComplete integration of the verification tool.

The paper is on automatically verifying railway regulations against railway designs, and contains an associated tool that was integrated in the RailComplete railway design engineering tool set. The paper was selected among 99 papers that were submitted to iFM 2016.

The conference and the affiliated events included many interesting presentations.
The talk of Bjørnar Luteberget was equally praised and made one of the highlights of the conference. Other highlights of the event included the talks of Turing laureate Tony Hoare on "Unifying Theories of Concurrency" part of UTP 2016 symposium and of Danish Knight Kim G. Larsen on the amazing verification tool Uppaal part of the PrePost workshop.

A more realistic screenshot from the presented tool. 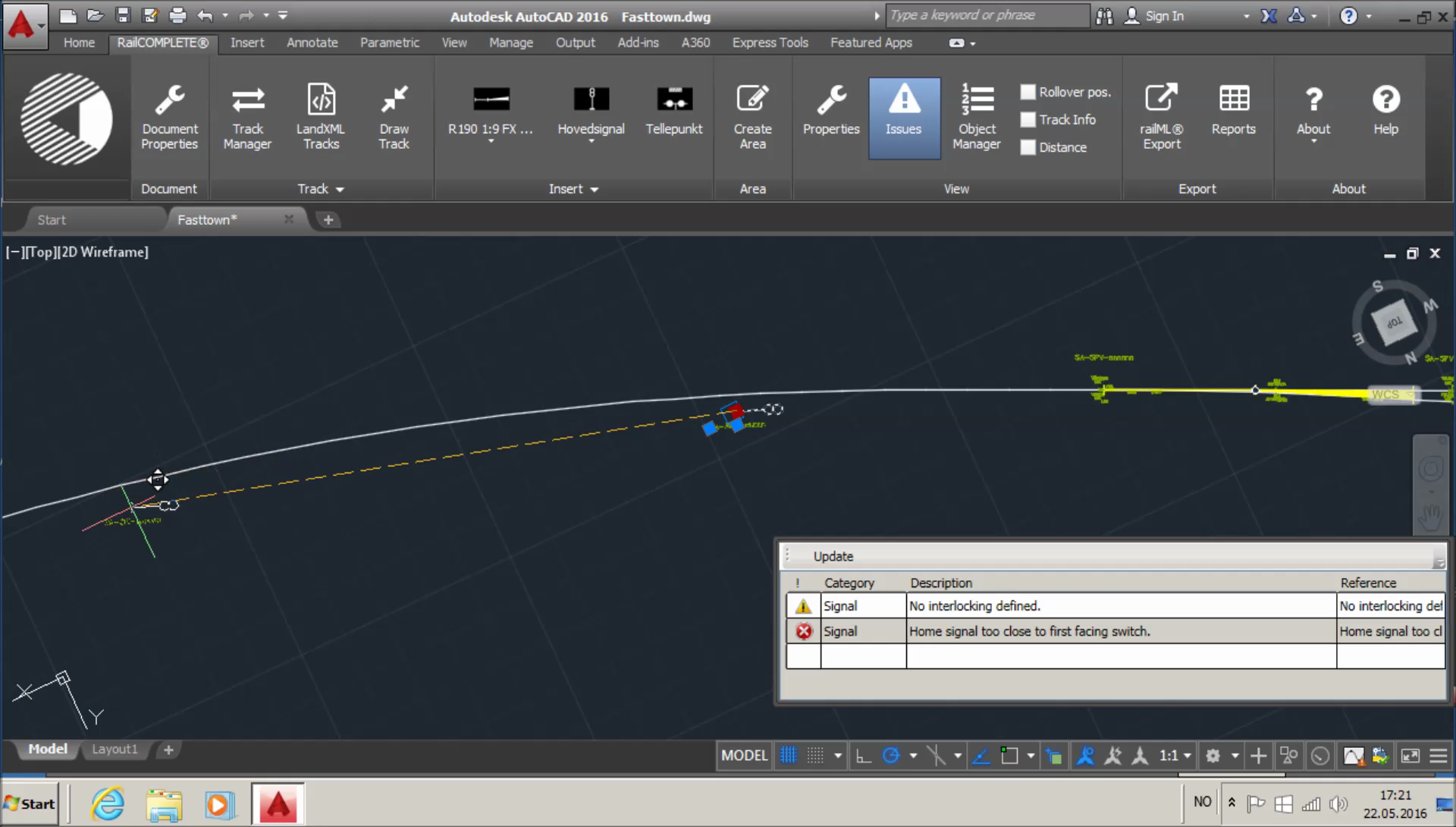 This paper is done part of the project RailCons: Automated Methods and Tools for Ensuring Consistency of Railway Designs.