The newly arrived general-purpose GPUs provide tremendous computing power, but also bring extra difficulties with respect to parallel programming of these new devices. An ideal scenario will therefore be to have an automated code generator that translates input C code into output CUDA code capable of running on Nvidia GPUs. This master project will use the well-known compiler infrastructure LLVM to realize the above goal, with an additional objective of also extending the applicability to heterogeneous CPU-GPU systems. 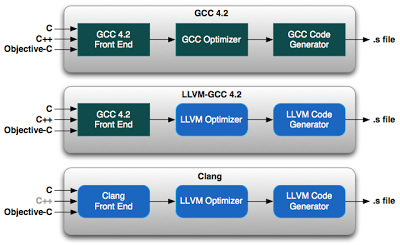 Clang is LLVM's frontend for the C programming language