Content delivery networks (CDNs) have a need to synchronise content between data centres. In many scenarios, data centres are hosted in neighbouring cities. This process may be simplified by replicating memory between machines, a process that is supported by existing DMA transfer methods using PCIe. This thesis aims to optimize inter-city DMA transfers. 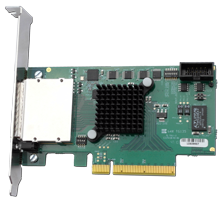 PCI-express is commonly used for Interconnects within one machine or between machines in a server room. The protocol has limits for the maximum delays (and distance) allowed for data transfers. We want to explore the use of optical fibre to transfer data over larger distances (inter-city) using a modified PCIe protocol.

Industry partners for this thesis will be Dolphin Interconnect and UNINETT

The tasks will include:

Measure the performance of the working prototype.