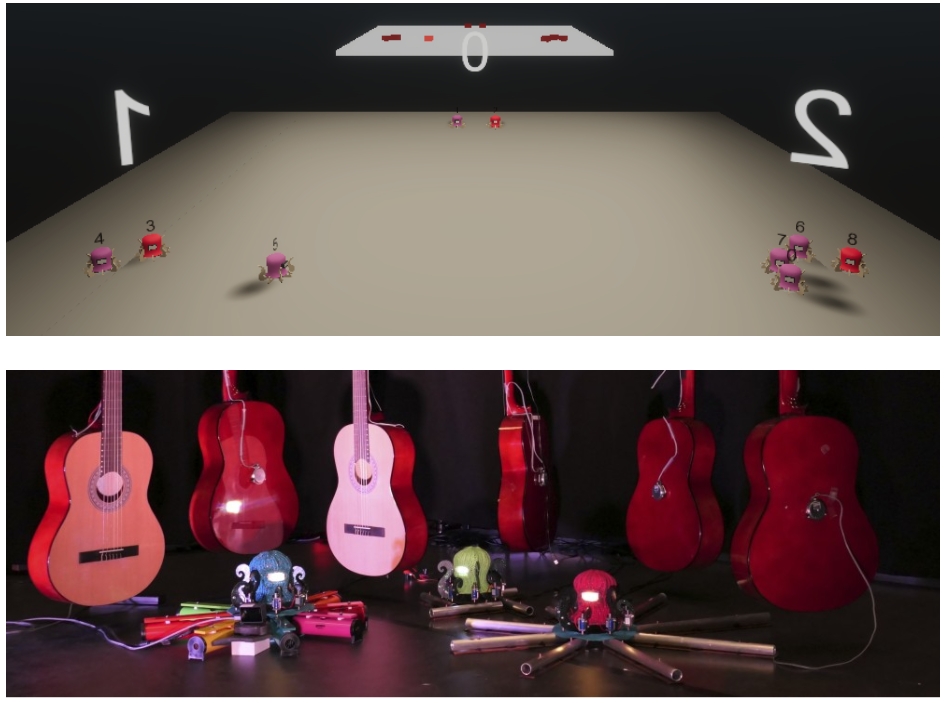 At the RITMO centre we have developed some robots/agents for a musical robotic swarm, these include the Self-playing guitars, Dr. Squiggles, and the CAVI AI agent. They have so far mostly been studied in a physical setting, but the goal of this project is to study principles and algorithms of multi-agent systems and swarms using a simulated system. With a simulator we can easily test out new algorithms and environmental conditions, scale up the numbers of units in the swarm, and perform large-scale experiments.

A Master's project in this domain could explore one of the following topics:

The project would typically propose some improvements or changes to our previous research on the subject and analyze the swarm dynamics using simulations. A basic simulation system using Unity has been developed in an earlier project, which can serve as a starting point. Given interest and time, the approach could also be tested out on a physical platform.