How is rhythm processed in the human brain, and how can we model rhythm in machines? These are central research questions at the new RITMO Centre of Excellence.

We aim to take inspiration from rhythm in humans and other biological systems and develop models of rhythmic motion which can be applied to robotic and computing systems. 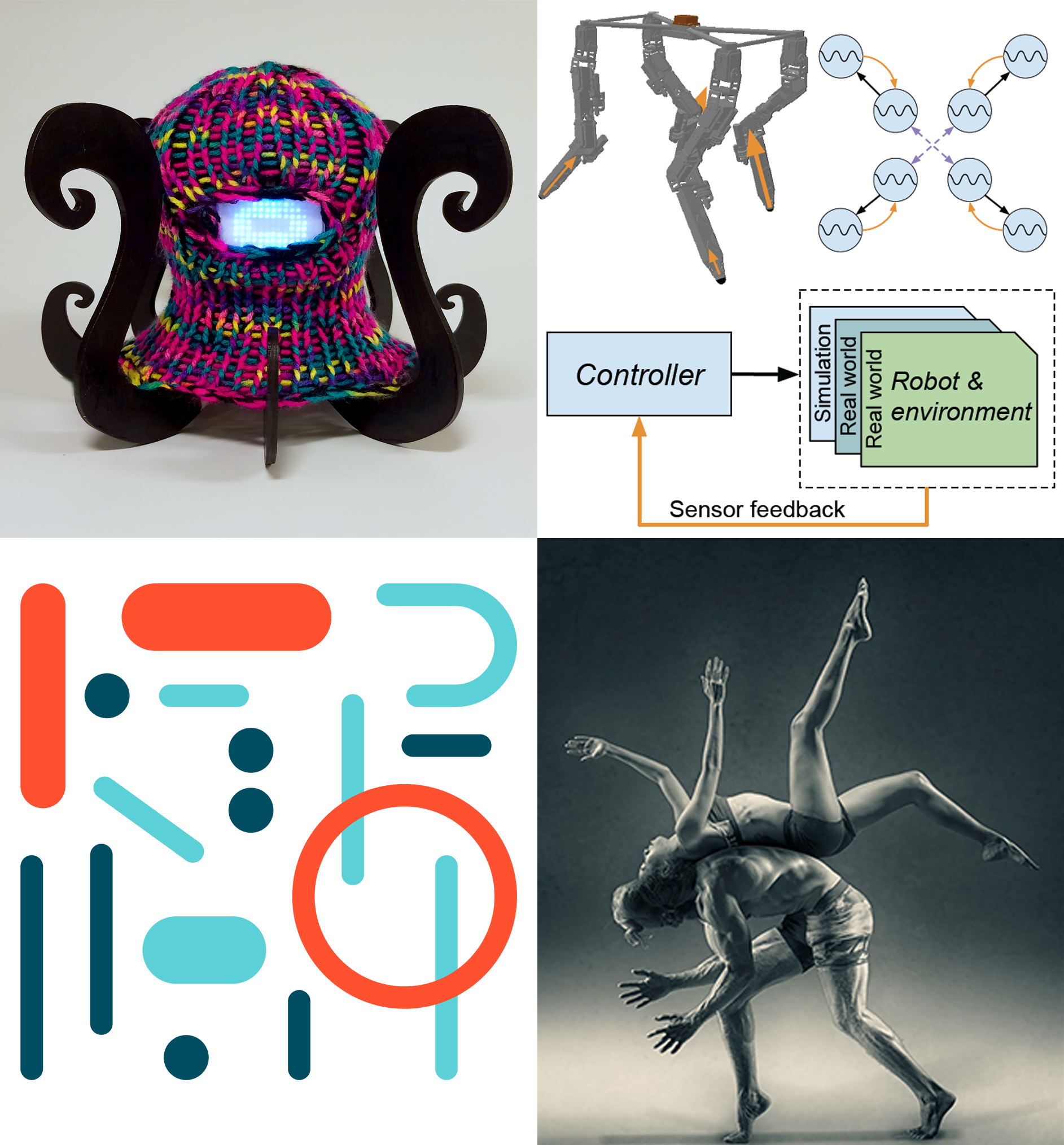 Possible topics for MSc projects within RITMO could be:

The RITMO - Centre for Interdisciplinary Studies of Rhythm, Time and Motion started in 2018. Researchers in the network come from the ROBIN group (Informatics), FRONT Neurolab (Psychology), and the Department of Musicology, and have access to state-of-the-art laboratories.

Paper about central pattern generators for a simulated salamander

Demo video of the SoloJam system

IN4050 – Introduction to Artificial Intelligence and Machine Learning

IN5490 – Advanced Topics in Artificial Intelligence for Intelligent Systems

Depending on the chosen topic, some experience with robotics or music technology