A radar depends on reflections of its emitted energy in order to make target detections. Clutter is unwanted reflections from sources of no interest to us. Detection of small targets in the presence of strong clutter is therefore challenging, for the same reason that switching on the headlights of your car in a blizzard will not increase visibility. In such an environment, the radar usually makes use of the Doppler frequency shift of the reflections, caused by the target motion, in order to separate targets from clutter. Detection of weak targets over the sea is therefore particularly difficult because the sea is itself in motion. The Doppler shifts from waves may be comparable to those from targets such as birds or small unmanned aerial vehicles (UAVs). 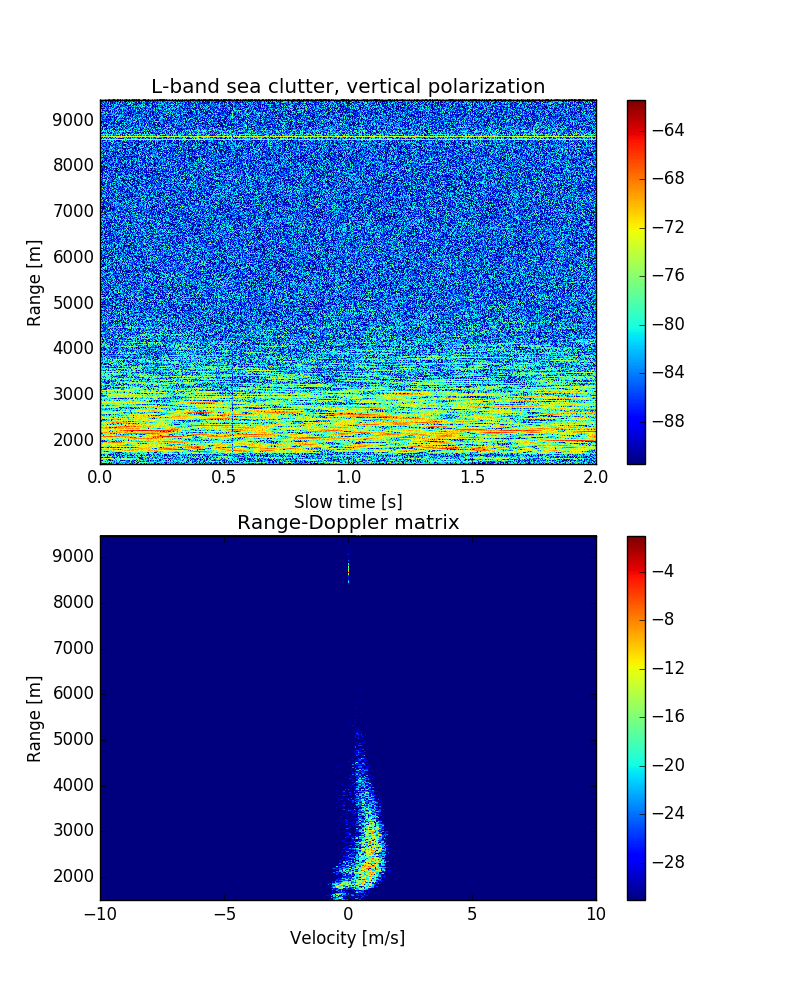 In this master project we shall investigate an adaptive method by which the visibility of targets in sea clutter may possibly be improved. The method requires that the correlation properties of sea clutter be measured, producing a covariance matrix expressing correlation between radar pulse returns. From this matrix we can obtain optimal coefficients that can subsequently be used in the processing of radar signal returns when targets are present. In theory, these coefficients will maximize the return from targets relative to the clutter return, and hence make targets more visible to the radar.

The question you will attempt to answer is: Will it work in real life?

The sea is in constant motion, and the correlation properties may possibly change too rapidly for the method to be effective.  To answer the question, you will make use of sea clutter data recently obtained by FFI, using a dual-band radar developed at FFI.  In the first part of the project you will analyse these data to investigate the correlation properties of sea clutter.  In the second part, simulated radar returns from targets will be added to measured clutter returns.  The possible gain by using the adaptive signal processing will then be compared with conventional pulse-Doppler signal processing.

If you are interested, we can assist you in making your own sea clutter measurements with the FFI radar, and base your analysis on your own data.

You should have some familiarity with high-level languages such as matlab or python, as you will need to make extensive use of numerical tools.  You should also have completed a course in basic linear algebra.

Basic knowledge of signal processing is advantageous, but not necessary.