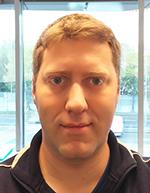 I am a researcher at CTCC. I have contributed to two quantum chemistry packages (DALTON and DIRAC), and am the main author of a third program (LONDON). LONDON was written from scratch and is a unique quantum-chemical tool to explore the effect of magnetic fields on molecules. Recently, I was awarded a research grant from the Norwegian Research Council to study molecular spin frustration due to relativistic effects and non-uniform magnetic fields.

My other research interests include: