FocuStat is a five-year project funded by the Research Council of Norway. The project group consists of five core members, along with further PhD and Master's level students and a few associated colleagues.

On this blog the members (and associated members) of the FocuStat group publish small statistical stories about interesting datasets or methods.

Some articles are in Norwegian (with an English summary), but most are in English. 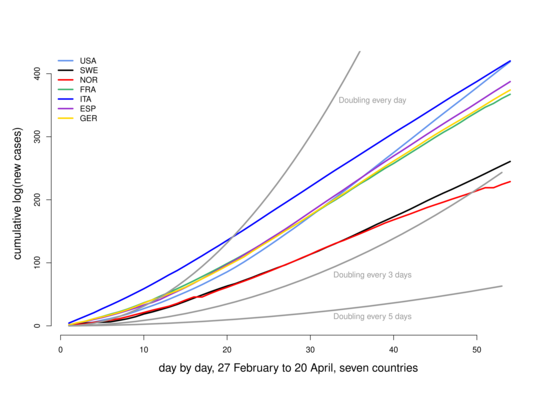 Monitoring the Level and the Slope of the Corona

The corona is mightily upon us, with different governmental decisions having drastic consequences, but in unchartered territory. Which country is wiser, Norway or Sweden? Have Italy and Spain passed their peaks? Here we study the two crucial data series of (1) new registered covid-19 cases and (2) new covid-19 related deaths, day by day, country by country. Via log-linear modelling we build practical statistical monitoring tools for assessing both the level and the slope of these two corona processes. Confidence curves are splendidly useful statistical creatures. A confidence curve for a parameter of interest is an inferential summary in its own right, showing the point estimate and the uncertainty around it in the same understandable picture. Also, if say seven different sources all tell us something about what we attempt to understand better, then the seven confidence curves can be combined. 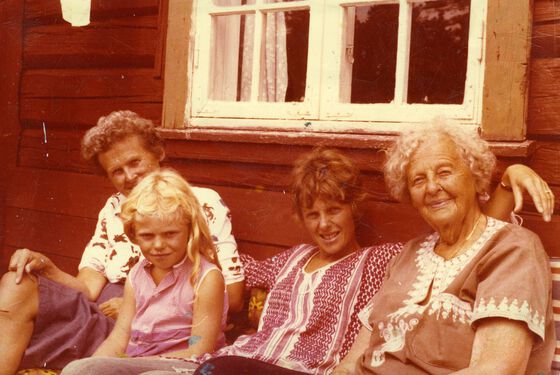 Your Mother is Alive with Probability One Half

Gentle reader, I do hope your mother is alive and well. But this clearly depends on your own age, and probabilistically speaking, under some conditions, she's alive with probability 0.50. I'll go through a few arguments and technicalities related to this statistical curiosum, and indicate the role this and similar calculations play in connection with modern methods for assessing species abundance for fisheries science.

A Barcelona experience is not quite complete without having visited Sagrada Família, Antoni Gaudí's in several senses of the word monumental project (more or less needing the years from 1883 to 2026 to be completed). On the Passion façade there is an innocent and inconspicuous but magic 4 x 4 square, catching my attention, with sums of rows, columns, diagonals, and 2 x 2 subsquares all equal to 33. Can I make such a 4 x 4 square myself, using tools of probability theory and simulation? 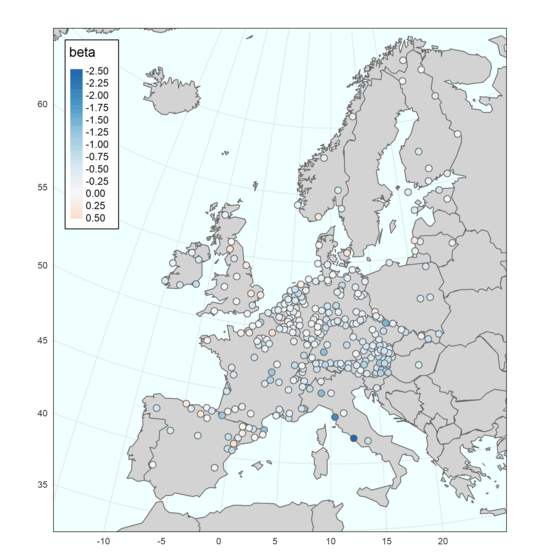 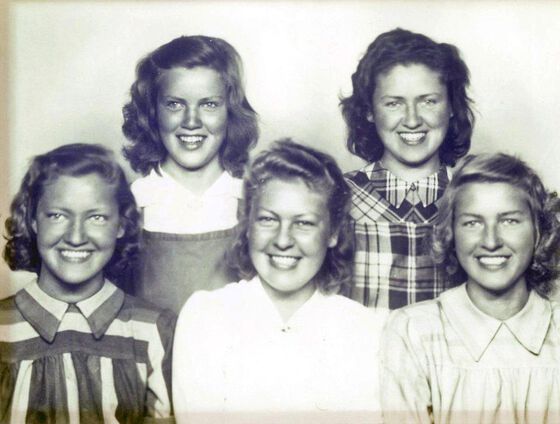 Take a look around you – in your family, your school or workplace, in the streets, and you see boys & girls in about equal proportion, and without any easily visible gender patterns in case of siblings. So, to the famous first order of statistical approximation, we're all the results of hierarchical cascades of independent coin tosses through history, with each little fate determined by a 0.50-0.50 coin. This is not entirely correct, as one discovers with careful analysis and enough data: the coins of fate are (a little) imbalanced; they vary (a little) from family to family; there is a (slight) dependence in your children's gender sequence; and there are (slightly) more only-girls and only-boys families than predicted from binomial conditions. In this blog post I use the opportunity to talk also about how sample sizes influence p-values and statistical detection power. 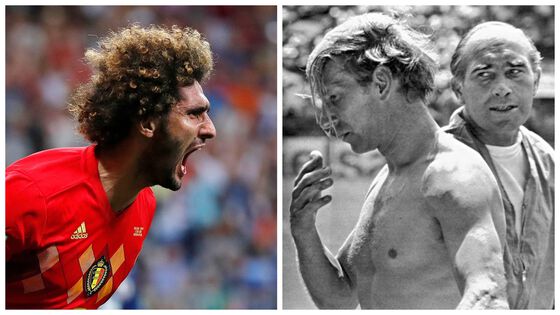 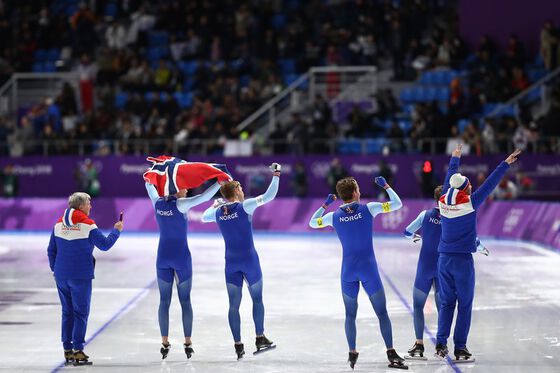 The Best Metal-Grabbing Games Ever

How a Tiny Nation Won the Most Medals (By Far) at the Olympics – and it turns out TIME Magazine didn't have Liechtenstein in mind (this time), even though that nation won the medals-per-capita competition. Indeed, Norway won 14 golds, 14 silver, 11 bronzes, and never before have we [pluralis proudiensis] or anyone else won as many as 39 medals at a Winter Olympics. But how impressive is this, really, when we factor in that the number of events has increased so drastically? 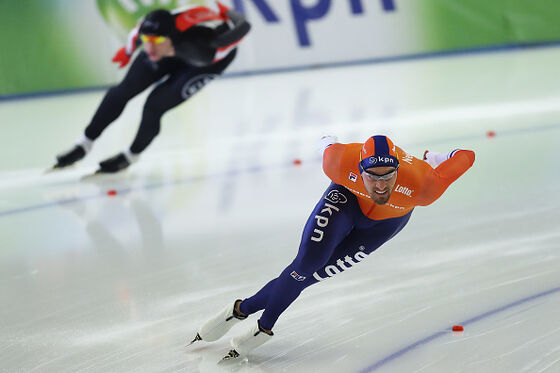 Everyone speaks about the weather, but nobody does anything about it. Certain unfairnesses of the world can however occasionally be pointed to, then formulated via crisp questions, then addressed and analysed, and in rare cases such efforts might even contribute to changing the world. In 1994 I published a report about a certain point estimate being 0.06 seconds, which then changed the Olympics; since Nagano 1998, the sprint speedskaters have had to run the 500 m twice (instead of only once). But the Olympic Unfairness Parameter is bigger for the 1000 m, so I'm humbly asking for the Winter Olympics to change its speedskating rules, once again. 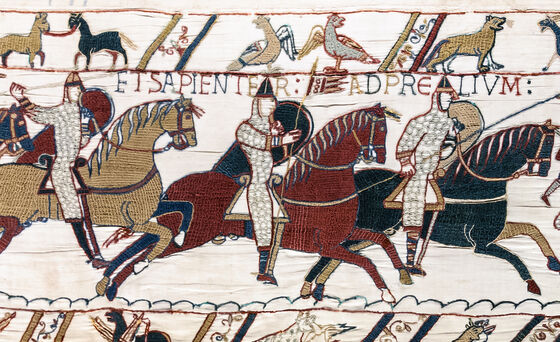 Each war is dramatic and horrible and warrants a hundred history books and a thousand songs of sorrow. But it also provides one more data point, along with relevant covariates, to the collection of Tolstoyan war-and-peace data-bases, and statisticians may study the evolution of alleged decreasing violence levels over time. One of the bigger questions is both deceptively simple and quite controversial: are we getting more peaceful over time, or not? 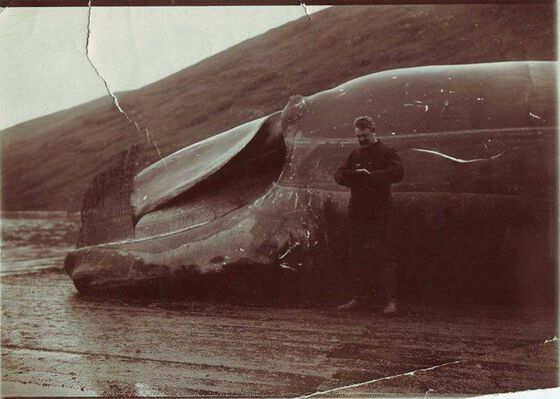 To produce a mighty book [or perhaps a mighty blog post], you must choose a mighty theme. No great and enduring volume can ever be written on the flea, though many there be who have tried it. Says Melville, in "Moby-Dick; or, The Whale". And in our statistical working lives, clashing with whales and international politics decidedly counts among the mightier experiences. 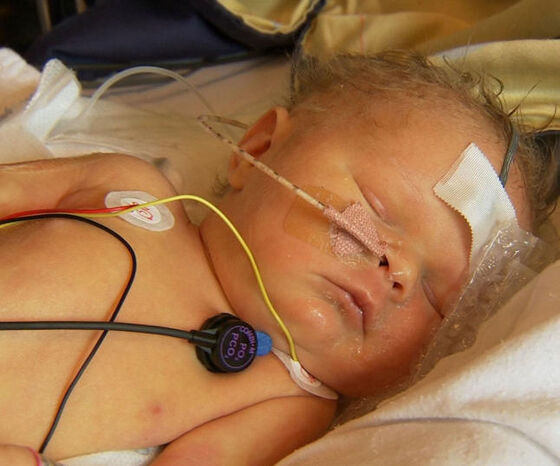 Some kids are cooler than others, perhaps, and in certain dramatic cases cooling a newborn can save its life. It has been demonstrated that when the neonate has been deprived of oxygen during birth, an emergency intervention involving cooling can save the life, with no loss of motoric or mental abilities later on – provided this is implemented within six hours. Is it still helpful, or not at all, when the cooling scheme (therapeutic hypothermia) starts later than six hours? Here I spell out disagreements with how a recent JAMA paper (Laptook et al., October 2017) analyse their data and interpret their findings. 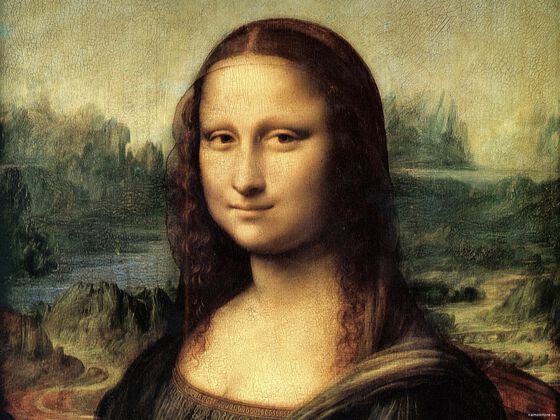 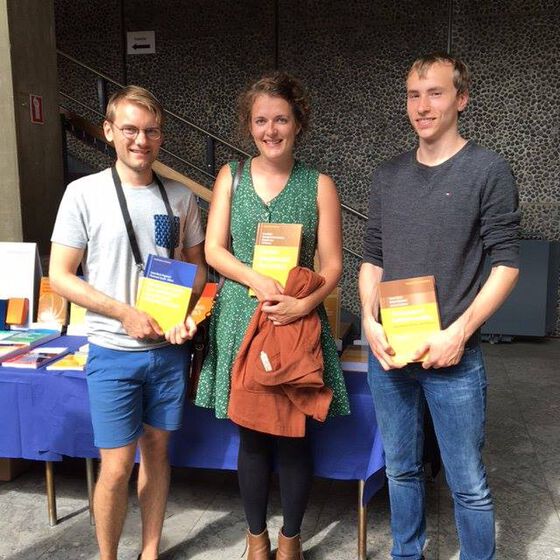 The semifinals factor for skiing fast in the finals
1 comment 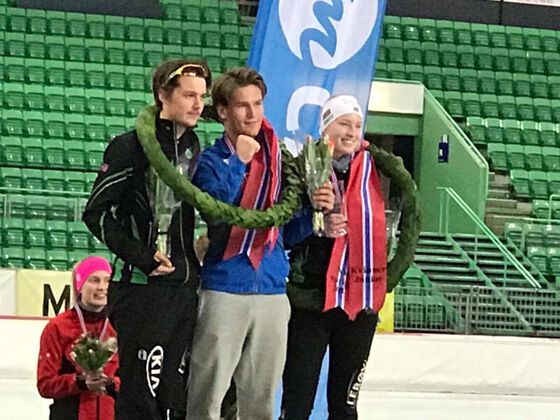 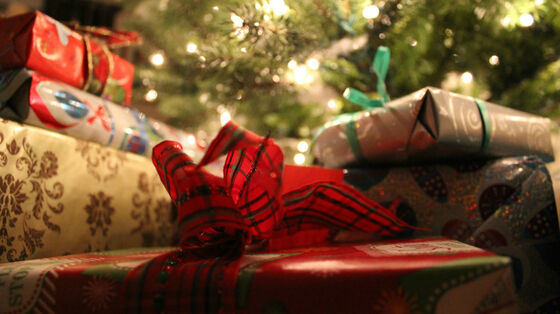 The bonus roll and the Christmas spirit

To begin the Christmas season, we ask an in itself unchristmassy question: what are the implications of getting a bonus roll when rolling a six on the dice in a simple dice game? Such a small tweak of the rules can be surprisingly important in determining the success of the Christmas celebrations. 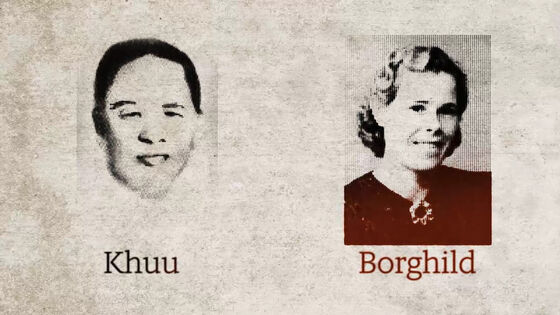 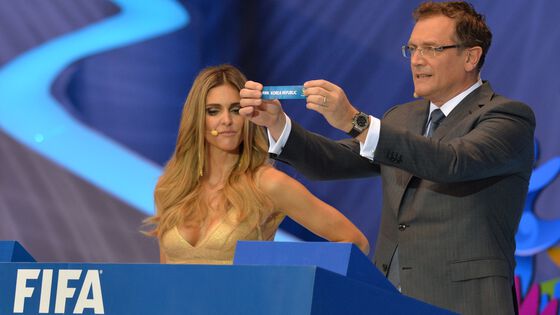