Stochastics of Environmental and Financial Economics

Time and place: Stochastics of Environmental and Financial Economics Sep. 15, 2014–Sep. 19, 2014, The Norwegian Academy of Sciences and Letters 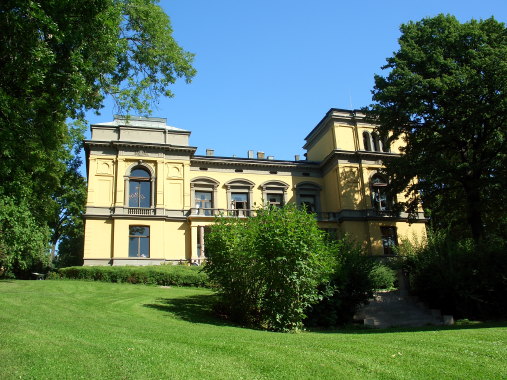 The Norwegian Academy of Sciences, seen from the beautiful garden facing the Oslofjord

We have a number of distinguished plenary speakers (all confirmed):

There will also be contributed talks from participants.

The conference will take place at the Norwegian Academy of Sciences in Oslo. This is also where the Center of Advanced Studies (CAS) have their offices. There will be lunch served for all participants on these premises, as well as a conference dinner.

On Thursday September 18, the conference will take place at the Norsk Folkemuseum. Here we will have a few scientific talks in the morning, followed by spare time to enjoy Norwegian cultural history. Norsk Folkemuseum is located at the peninsula of Bygdøy, where there are several other museums (for example the Viking Museum) as well as nice boat trips back to Oslo. There are easily accessible public bus transportion to the museum from the conference hotel and the Academy.

The project "Energy Markets: Modelling, Optimization and Simulations" (EMMOS), funded by the Norwegian Research Council, is sponsoring the conference.