Doctoral candidate Floris Eelke Elzinga at the Department of Mathematics will be defending the thesis Free Probabilistic and Poisson–Lie Geometric Methods for Quantum Groups for the degree of Philosophiae Doctor. 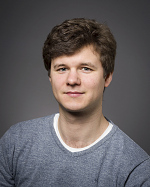 Ex auditorio questions: the chair of the defence will invite the audience to ask questions ex auditorio at the end of the defence. If you would like to ask a question, click 'Raise hand' and wait to be unmuted.

Quantum groups first arose out of the study of integrability in quantum mechanics, presenting a new notion of symmetry extending beyond the traditional group concept. Quantum groups can be thought of as the collection of symmetries of noncommutative spaces, which arise in many areas of modern physics and mathematics.

This thesis deals with two topics in the theory of (operator algebraic) quantum groups.

On the one hand, we study the von Neumann algebras of certain Kac type compact quantum groups. This well-behaved class is amenable to methods from free probability to study their fine analytic structure. We establish several important
properties, such as Connes embeddability and strong 1-boundedness, in a number of examples of these quantum groups.

On the other hand, we apply methods from Poisson—Lie geometry to real simple Lie groups, endowing their Lie algebras with coboundary Lie bialgebra structures. The general deformation theory of such Lie groups is poorly understood, but relations between concrete examples using quantum torsors are known. Our results provide an analogue of this quantum phenomenon in the classical setting.

Host of the session

Department of Mathematics
E-mail this page