Solar power is the renewable energy source that has the greatest potential to solve the world's energy challenges. The University of Oslo is now building a world-leading research group in this field. 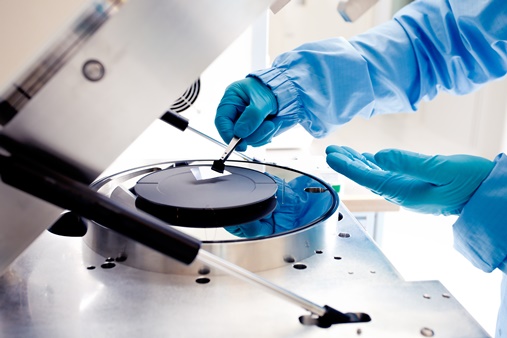 If you could capture all sunrays flowing toward earth for one hour, it would cover all our energy needs for one year.
Despite this fact solar energy currently only supply around 1 percent of the global electricity demand.

Can cover the global energy demand

-The potential is enormous. There are no other forms of renewable energy that can meet the entire world's energy needs. Research breakthroughs in this area will have enormous significance for meeting future energy challenges. The key is developing new and better solar cell technology, says Vebjørn Bakken.

He is the head of SMN (Centre for Materials Science and Nanotechnology) at the University of Oslo (UiO). This is a centre where physicists and chemists have worked together for years developing among other things technologies relating to solar energy – not the least new materials in solar cells. Bakken also leads the work with SOLARIS, which UiO has recently selected to develop a world-leading project in solar energy.

The SOLARIS-initiative will initially focus on hiring a top-notch international researcher in solar energy who will spearhead the project. It is desirable that this person either specialises in the development of new materials for solar cells and/or focuses on the storage and use of solar energy.

-The sun does not only shine when energy is in demand. Good systems for storage and use are therefore required to ensure energy supply when needed. Our new elite researcher and project leader will complement and enhance the already highly qualified research environment we have in this field. We will then build a world class research environment around him or her.

SOLARIS has initially applied for an annual budget of 8 million NOK for salaries and equipment each year for five years. After this period the aim is to have the project financed for at least another five years.

Good timing for the solar industry

UiO and SMN have long worked closely together with industry, SINTEF and IFE (Institute for Energy Technology) for developing better solar energy systems. Bakken highlights FME Sol as a centre which for years has been working with solar technology. SOLARIS will help strengthen all this research.

Recent years have been a turbulent times globally for solar energy companies, but the future now looks much brighter. Also Norwegian solar energy industry is beginning to rise again after tough times. It is expected that renewable energy and solar power will play a strategic role in Norwegian business in the coming years.

Markets worldwide have begun to grow and this is also reflected in Norway where solar power increasingly is being used in new buildings.

Research and innovation are crucial

-The solar industry states that further research and innovation are essential to their profit margins. We already contribute to this and wish to contribute even more through SOLARIS, Bakken says.

-Through SOLARIS` elite environment, we expect to provide expertise and pioneering breakthroughs, says Bakken who also hopes for even more success in EU research projects - not least in the large framework program Horizon 2020 - in addition to Norwegian research programs like SFI/FME and SFF.

He points out that SOLARIS also will become a flagship for UiO Energy and that it will strengthen UiO’ s green profile.

-Solar energy is a renewable energy source, unlike oil, gas and coal. Norway is also qualified to create the world's most environmentally friendly solar cells. Additionally it is a paradox that many of the areas of the world where the lack of electricity is greatest lies in the Sun Belt around the equator.

Centre for Materials Science and Nanotechnology (SMN) was established 12 years ago and is hosted by the Department of Physics and Department of Chemistry at UiO. The centre’s purpose is to generate new knowledge in energy, new functional materials, and micro- and nanotechnology. SMN has a scientific, permanent staft of 18 professors, around 60 projects and a large proportion of external funding.
SOLARIS (Solar Research Initiative at SMN) will strengthen and complement SMN’s research in solar energy. Initially, the application is for approximately 40 million Norwegian kroner over five years. In addition to this comes financing from the faculty and departments. The total amount may therefore be between 60-70 millions.