Drugs exposed to light may lose their effect or become toxic. Now comes the help the health services has been waiting for. 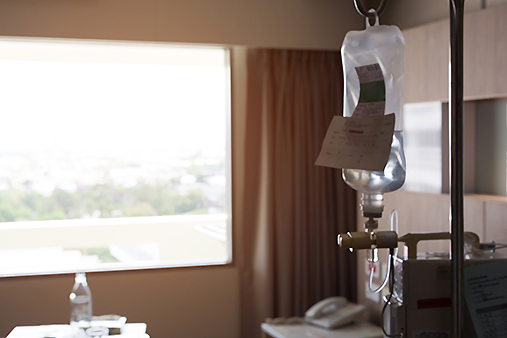 Intravenous infusions may lose their effect if exposed to light. (Photo: Colourbox)

– It should not come as a surprise that something similar can happen with a drug that is exposed to light, says Professor Hanne Hjorth Tønnesen at the Department of Pharmacy at the University of Oslo.

– The manufacturer is responsible for the quality of the medicine, but only as long as it remains in the original state and is stored as prescribed. As soon as we manipulate it in one way or another – e.g. dilute it or mix it with other drugs, or remove the protective secondary packaging – the manufacturer can hardly be expected to have that responsibility anymore, Hjorth Tønnesen explains.

Since the early 1980s, she has been concerned about the effect of light exposure on drugs during storage and use, for example in a hospital ward or at the patient's home. There seems to be limited knowledge in the field, not only among nurses and doctors, but also among pharmacists.

– A typical example is intravenous infusions. It is a safety requirement that the infusion set allows for visual inspection of the solution to ensure that it does not contain particles, says Hjorth Tønnesen.

– However, this will also allow light to penetrate and possibly initiate photochemical processes. The worst scenario is when the patient carries the infusion set outdoors – often into the bright sunlight. Nevertheless, daylight through a window by the patient’s bed can also be harmful.

The consequences can be serious. Hjorth Tønnesen was once contacted by the nurses in a hospital ward. They had observed a decrease in the patient’s response to a certain drug infusion towards the end of the infusion time.

It turned out that the infusion was given over 24 hours in a room with a south-facing window, i.e., the complete infusion set was exposed to light by the patient's bed. When Hjorth Tønnesen examined the contents of the infusion bag at the end of the infusion period, only 10 percent of the active drug remained. The rest was broken down into decomposition products.

– At this point the drug infusion naturally had less effect, inducing the doctor to double the infusion volume. But when the bag was changed, the concentration of the drug was back to 100 percent. The consequence for the patient was serious side effects, says Hjorth Tønnesen.

May have caused deaths

Another example is the nutrient fluid that is administered to prematurely born children. It contains amino acids, fat, vitamins and other vital components that the newborn no longer receives through its mother.

– Some of these components are photochemically unstable. They are broken down into substances called peroxides, which are highly reactive. A fully developed baby has defence mechanisms to handle this, Hjorth Tønnesen explains.

– But these defence mechanisms are sometimes missing in premature babies, and it is now suspected that light-exposed nutrient fluid may actually have caused deaths. Hence, there is currently extensive focus on this issue. 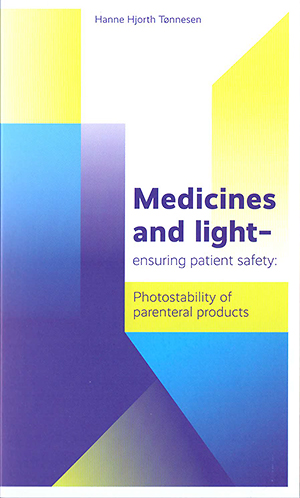 She emphasizes that such dramatic examples are, by all accounts, just the tip of the iceberg.

– If a patient has side effects of unknown origin which are less serious, the investigations regarding the cause are sparsely carried out.

Years ago, Hjorth Tønnesen and a colleague had an ambition to visit Norwegian hospitals to inform about light and medicines, but they soon found out that it was too ambitious a scheme.

– But a couple of years ago I was contacted by Becton Dickinson, a company that produces infusion equipment. They were certainly aware of the problem, but they lacked detailed knowledge about photochemical processes.

– Initially, I held a course for a selection of employees. Then afterwards, they encouraged me to apply for one of the scholarships they offer toward the production of information materials. Their concern is to ensure that healthcare professionals make the right choice of infusion sets to ensure optimal light protection of the actual drug.

Now the handbook is here. A tiny book 60 pages long, and in a format that easily fits into a pocket. It is full of examples and recommendations that will ease the right decision making process for health care workers without prior knowledge about the subject.

Distribution around the world

– There are several issues to consider during an assessment and it becomes difficult without having the right background. The ambition of this book is to furnish health professionals with that background.

Becton Dickinson will now distribute the book to hospitals around the world, free of charge. Besides English, it will also be translated into more languages, Spanish being the next language in line. Copies of the book can be requested from Becton Dickinson at BD.MMS.support@bd.com.

– The project is non-profit, so I do not earn a penny on this. But after working on this issue for almost 40 years, it is rewarding enough to get this knowledge out where it benefits the hospital – and not least the patients, says Hjorth Tønnesen.

“Medicine and Light” was first distributed in Hjorth Tønnesen’s native Norway. In a country with approximately 75 hospitals, more than 300 copies were requested in the first couple of months after the book was launched.

This story also appears on ScienceNorway