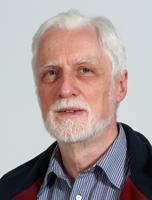 Wave propagation in fluids and plasmas, nonlinear waves and turbulence.

Turbulent transport in the environment.

The importance of turbulence for the feeding processes of plankton in the oceans.

FYS4620 An introduction to plasma physics

Sabbatical stay at the Department of Physics and Astronomy, University of Iowa, Iowa City, October 1979 - November 1980

Dr.Scient. at the University of Århus, Denmark on a thesis titled "Solitons and Weakly Nonlinear Waves in Plasmas" (printed as Risø Report R-534), 1986

Professor in Plasma Physics at the Department of Physics, University of Oslo, Norway, 1991-present

Department of Biology, University of Bergen