“Studies of single-particle and collective properties of nuclei” 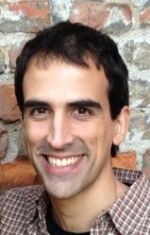 other; the way in which these constituents organize in each specific nucleus, can determine

its overall properties, such as its shape, or its stability. Part of the PhD work was dedicated

to study very exotic copper nuclides, which have 12 to 14 neutrons more than the ones

found in nature, and exist for less than a second after being created in the laboratory. This

excess of neutrons provokes a rearrangement of the protons, which in turn affects the

astrophysical implications, specifically in the understanding of the formation of the

elements heavier than iron. Also in this thesis, unstable neodymium and samarium

nuclides were studied in nuclear reactions. In these nuclei, by adding a very small amount

of energy, it is expected to observe drastic changes of the nuclear shape. The transitions

configurations adopted by the protons and the neutrons. The experiments were performed

in Japan, Poland, and Romania, in collaboration with a large number of researches from

different universities around the world. The experimental results were interpreted from a