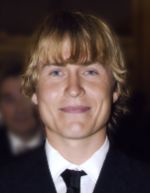 The increase of the LHC's performance demands for periodic upgrades of the particle detectors that are used in the collision experiments. This work deals with two upgrades of the silicon tracking system of ATLAS, the largest experiment at the LHC. First, complex integration issues were tackled for the Insertable B-Layer (IBL), the new silicon pixel layer that has been successfully installed in ATLAS during 2013–2015. Second, a novel type of silicon sensors was investigated for the high-luminosity upgrade: High-Voltage CMOS (HV-CMOS) sensors yield promising results for future detectors where extreme radiation hardness and increased spatial resolution are needed.

The IBL is located very close to the LHC beam pipe in the center of ATLAS. Space is extremely limited in this region, which poses challenges for design and integration. In addition, the thermal situation is delicate: the beam pipe has to be heated regularly to +220 °C whereas the silicon sensors, located only several mm away, must not reach more than +40 °C. A 1:1 mock-up of the IBL was constructed to understand its thermal behavior before installation. The design of the beam pipe was optimized, integration procedures were tested and computer simulations of the detector were tuned. These measures contributed significantly to the safe installation and operation of the IBL.

In 2024–2026 ATLAS will undergo the high-luminosity upgrade, which sets stringent requirements for all detector systems. For the silicon tracking system the increased radiation level is a major challenge. A new silicon sensor concept that is developed for high-luminosity purposes are HV-CMOS sensors. We characterized and advanced the prototype family “CCPD” (Capacitively Coupled Pixel Detector). A novelty is the electrical connection to the readout system via simple gluing, forming an alternative to the currently used and complex bump-bonding. Particle detection with the new concept is demonstrated and testbeam measurements show high efficiencies also after extreme irradiation. These results are important steps toward qualification of HV-CMOS sensors for high-luminosity LHC detectors and may inspire other experiments to consider the new approach.