Kai Morgan Kjølerbakken will defend his thesis “Computational study of Langmuir probe properties in ionospheric plasma” for the degree of Philosophiae Doctor at the University of Oslo, Faculty of Mathematics and Natural Sciences. 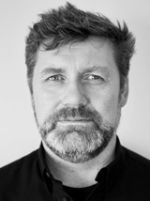 The PhD defence and trial lecture are partly digital. The chair of the defence will moderate the disputation.

Title:
"The physics and interpretation of dust impact signals
from electrostatic probes on spacecrafts"

Instabilities and turbulence in the Earth’s ionosphere represent the largest source of errors in global navigation satellite systems and are a major contributor to irregularities that disturb commercial radio communication. By using Langmuir probes, we can determine the temperature and the density of ionospheric plasma, providing in situ measurements that are essential for studying our ionosphere and to make robust, well-functioning electronics, that can endure the harsh environment.
For a Langmuir system, in a space environment, several external sources will affect the measurements, like charged objects close to the probe, contamination of the probe itself and temporal effects related to changes in the probe bias. Understanding these processes will lead to better designs of a Langmuir probe system, allowing higher sampling rates and better accuracy. Using computer simulations, and a Particle-In-Cell method, central design parameters have been studied. Especially with regard to the configuration of the probes, such as the distance between probes and how the system responds to changes in the bias that determine the sampling rate. In addition, non-linear effects of the system were explored which disclosed that a swept Langmuir probe exhibits essential properties described as the "fingerprint of memristors”.