UiO The Faculty of Mathematics and Natural Sciences Department of Physics
Main navigation
Back to uio.no
Sub navigation Menu
Research > News and events > Events > Guest lectures and seminars > Fabiola Gianotti: The Higgs boson and our life

Fabiola Gianotti: The Higgs boson and our life

Fabiola Gianotti is a new honorary doctor at the University of Oslo. This is her acceptance speech.

The event is free and open to all, no registration necessary. 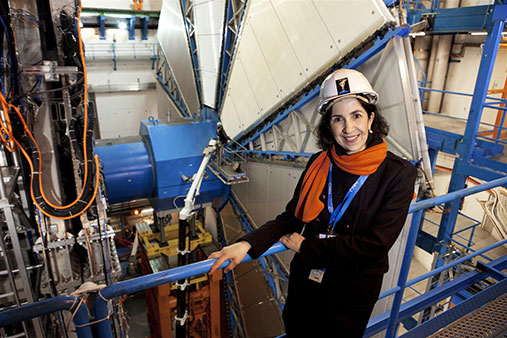 On 4 July 2012, the ATLAS and CMS experiments operating at the CERN Large Hadron Collider (LHC) announced the discovery of a new particle compatible with the Higgs boson (hunted for almost 50 years), which is a crucial contribution to of our understanding of fundamental physics and thus the structure and evolution of the universe.

Gianotti will describe the unprecedented instruments and challenges that have allowed such an accomplishment, the physical interpretation and relevance of this discovery, and the implications for our day-to-day lives.

The prospects for detailed studies of the Higgs boson in the years to come will also be briefly covered.

Fabiola Gianotti, PhD, is a research physicist at CERN and Honorary Professor at the University of Edinburgh.

She worked in several CERN experiments (UA2, ALEPH, ATLAS), being involved in detector research, development and construction (with strong contributions to the ATLAS liquid-argon electromagnetic calorimeter) as well as in data analysis (e.g. Supersymmetry searches in ALEPH).

From March 2009 to February 2013 she was the co-ordinator ("Spokesperson") of the ATLAS experiment at the Large Hadron Collider. 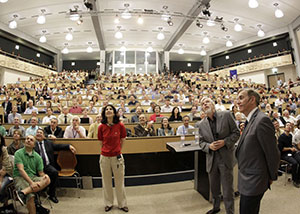 On 4 July 2012 she presented the ATLAS results in a seminar at CERN, where the discovery of the long-awaited Higgs boson was announced by the ATLAS and CMS experiments.

Gianotti is a member of the Italia Academy of Sciences. She has been awarded the honour of  "Grande Ufficiale" by the Italian President Giorgio Napolitano, the Enrico Fermi prize of the Italian Physical Society and the Fundamental Physics Prize of the Milner Foundation.

She is a member of the Scientific Advisory Board to the UN Secretary-General Mr Ban Ki-moon.

She has a professional music diploma from the Milan Conservatory and still plays the piano to relax in her spare time. 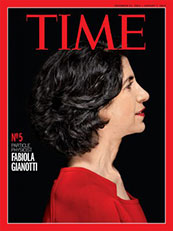 Fabiola Gianotti was runner-up for Time Magazine's Person of the year 2012. 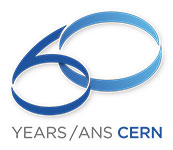