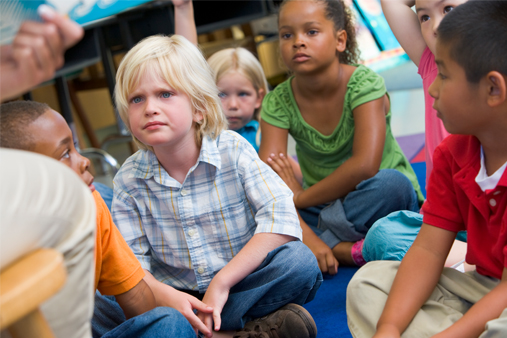 The skin is our body's wrapping, visible to everyone. Evolution has given us shades of skin colour from black to white, optimally adapted for us according to where we live on Earth. Where the sun is strongest, skin colour has become darkest, while weak solar radiation gives light skin colour.

Dark-skinned people need six times more sun than white-skinned people to get enough Vitamin D. On the other hand, they have less chance of developing skin cancer.

Under the African Sun

Many believe that «Ardi» had light skin under her hair, such as chimpanzees have today. Beneath the scorching sun of Africa, the early homonids met two challenges: how to keep their brains cool and how to protect their skin against UV radiation.

Rapid changes in nature demanded quick adaptation and well-functioning brains, which in turn demanded steady blood temperature. Most of the hair disappeared, and sweat glands, which are distinctive to humans, were developed.

These, along with blood vessels in the naked skin surface, were easily damaged by the hot sun of the equator, and thus dark skin began to evolve. It is able to withstand ten times more sun than white skin before the skin burns. Blood contains many Vitamin B substances, among them folates, which are best protected in dark skin. Folates are needed in vital processes during cell division.

A deficiency of folates, for example, more frequently causes women to give birth to children with spina bifida, and causes men to be less fertile. It has been proven that Vitamin B substances are particularly sensitive to solar radiation, but other vital substances in the blood can also be broken down by a large amount of sunlight.

Dark skin also evolved to protect the blood vessels in the skin as well as the substances in the blood.

Human migration can be mapped by examining genes. Some humans migrated eastward from Africa towards Indonesia, continually remaining in the tropics, and kept their dark skin colour. Others migrated north.

This occurred several times, and each time their skin colour became lighter. This happened so that they would be able to get enough Vitamin D. White skin needs only one-sixth as much sun as black skin to make enough Vitamin D. The sun's effect on health is underscored by the fact that several different mutations have yielded light skin.

Light-skinned Asians have other mutations than Europeans have. Dark-skinned immigrants even today encounter the same problem when they come to our unsunny country. The seriousness of Vitamin D deficiency is revealed by the fact that rickets, «the English disease», came in the wake of the Industrial Revolution and was a scourge on cities where there was little sunlight and where children and adults worked indoors and in mines. Up to 80 per cent of the children in the cities became ill.

Skin colour maintains a balance between Vitamin D production and folate breakdown. Generally speaking, skin colour owes to a population group's having solar radiation where they live, and to the length of time they have lived there.

We are able to follow skin colour changes during human migration northward towards Eastern Asia, across the Bering Strait and south towards the equator on the American continent. Here, skin colour has not yet become completely dark. The 15,000–20,000 years that the American Indians have been there is too short a time.

Eskimos stopped along the way, but kept some of their dark skin colour because they ate Vitamin D-rich seafood. Their diet made completely white skin unnecessary for them to survive.

The Ice Age and Neanderthals

About 400,000 years ago the Neanderthals came to Asia and Europe and endured for more than 300,000 years. They were strong and had large brains, but they died out during the Last Ice Age.

Evidence of cranial deformation has been found, and this suggests Vitamin D deficiency. They ate little fish, which is unwise if one needs to protect oneself from cold and wind and one gets too little sunlight. Their light skin was perhaps not enough help. Our forefathers, the Cro Magnons, survived, possibly because they ate more fish.

A similar hypothesis has been suggested to explain why Erik the Red's descendants disappeared from Greenland during a cold spell, and this is partially supported by examinations of bones excavated at Herjolfsnes [Herjolf's Point] and by the fact that little fish was eaten. There is a high degree of uncertainty, however, and more research is necessary.

The agricultural revolution came from the Middle East about 11,000 years ago and brought with it a diet of grain and meat at the expense of fish, and, as a matter of fact, our Indo-European language. It is probable that our skin became lighter extra quickly so that we would get enough sun and Vitamin D, since we had a low intake of this through diet.

In an evolutionary perspective, women may be more important to keep healthy than men. This likely explains why women in most populations are lighter skinned than men.

Solar radiation darkens the skin in at least two ways. As soon as we get out into the sun, the melanin in the skin begins to darken, but it becomes lighter again when we go indoors. The darkening is a result of UVA, or ultraviolet radiation that is nearly violet in colour, and our newest theory is that the purpose is to protect against the breakdown of substances in the blood.

Our forefathers in Africa surely had to go out into strong sunlight when they were hunting, and they needed protection quickly. A more permanent, protective pigmentation develops over the period of several days after we have been out in the sun. This perhaps has a similar purpose, since it does not protect hereditary material in the skin very well, whereas the skin colour we are born with does.

Skin colour has two balancing effects. Dark skin absorbs most light before it reaches the hereditary material. Africans appear dark, while we appear light. But in the area of ultraviolet radiation, the opposite is true. We have recently discovered that UV, which makes vitamin D, is spread and reflected less from light than from dark skin!

So evolution has brilliantly arranged that light skin, in regions lacking sun, absorbs more UV for the production of Vitamin D than dark skin.

This is because pigment grains are more plentiful and larger in black  than in white skin, and they are also distributed differently in the layers of the skin.

Healthy people need folates. But cancer cells also need folates, and one form of treatment is based on reducing the effect of folates through medication. High-intensity solar radiation likely functions as one such medication.

A number of branches of science have collaborated to illustrate how skin colours have developed, as well as the role they play. Key terms are vitamin D production in areas with little sunlight and few malignant skin diseases, and the breakdown of important substances in the blood in sunny regions. Skin colours show how important this is. They change according to sun conditions.

Johan Moan is researcher at the Norwegian Radium Hospital and Professor of Physics at UiO. He does research on skin cancer, Vitamin D and health and photodynamic therapy.

Asta Juzeniene is Postdoctoral Fellow at the Norwegian Radium Hospital. She does research on folates, Vitamin D, skin colours and photodynamic treatment of cancer.