The 2020 Else-Ragnhild Neumann Award for Women in Geosciences

The recipient of the Else-Ragnhild Neumann Award for Women in Geosciences for 2020 is Dr. Ágnes Király, from University of Oslo. 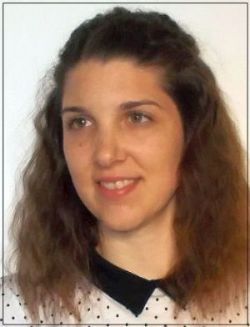 The international committee for the Else-Ragnhild Neumann Award for Women in Geosciences concluded that Ágnes Király deserves recognition due to her research within geodynamics, more specific in the research field 'Theoretical and experimental research on subducting slabs'. Ágnes has obtained outstanding results on an important topic, with important implications in Geodynamics. She has a very good publication record, and with several invited lectures. The commitee find the nomination letter very strong and convincing. All together Ágnes looks like a very promising young scientist.

Ágnes Király defended her Ph.D. in Earth Sciences on 28.02.2017, at Department of Sciences, Università degli Studi Roma Tre, in Italy. She came to the Centre for Earth Evolution and Dynamics (CEED) later this year as Postdoctoral Fellow. After the end of the postdoc period she is now engaged as a research fellow at CEED for three years.

See also: About the laureate

The nomination letter for Ágnes Király states that:

"Ágnes Király is known for her work to understand the dynamics of subducting slabs, which are drawn into Earth’s mantle as dense tectonic plates that sink into Earth’s interior. To study these features, Ágnes has developed models of sinking slabs using both computers and physical tanks of deforming syrup and putty. By modeling deformation associated with the edges of slabs, gaps within slabs, and multiple slabs subducting near each other, Ágnes has discovered new ways that the complexities of subduction can produce geological deformation. In particular, she has demonstrated that her models predict observed patterns of uplift, volcanism, and tectonic deformation made at subduction zones around the world. Her skill in model development, intuition for solid earth deformation processes, and her ability to link her models to geological observations, make her one of the most promising young scientists within the international geodynamics community.

Even in its simplest form, subduction is complex, and it is challenging to model in both numerical and analogue environments. Thus, Ágnes’s effort to understand the next-level complexity of subduction represents an ambitious scientific undertaking that has been attempted by few others. She has been successful because she has developed several skills: 1. Multiple modelling approaches: Ágnes adeptly utilizes both analogue and numerical modelling, a combination that is rare for mantle geodynamicists, 2. International collaboration: Ágnes has co-authored with 36 different scientists on her 11 publications, and she has worked in Italy, Hungary, Norway, Australia and the US. 3. Inspiration from observations: Ágnes has demonstrated the key role of mantle flow underpinning several geologic processes occurring at subduction zones around the world, 4. Fluid dynamic intuition: Ágnes has developed a special insight into solid earth deformation that will lead to exciting discoveries in the coming years."

The candidate was nominated Clinton P. Conrad, Centre for Earth Evolution and Dynamics/CEED, University of Oslo.

This year four very strong candidates were nominated for the Else-Ragnhild Neumann award for Women in Geosciences 2020 award.

All nominees have been evaluated by a committee consisting of these members: